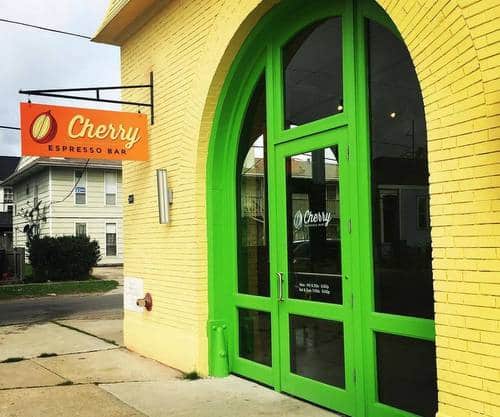 Cherry Espresso, the coffee shop in the former firehouse on Laurel Street at the edge of Wisner Park, won an initial thumbs-up this week from the City Planning Commission for its plan to add dinner service.

Cherry owner Lauren Fink is seeking a conditional-use permit for a standard restaurant in the space at 4877 Laurel Street, in place of what is now technically considered a specialty restaurant.

Fink’s tenure at Cherry won universal praise from neighbors who spoke before the City Planning Commission — even though not all were in favor of her request.

“The Cherry Espresso owner has done a great job with the business that she’s built there,” said John Howell, who lives a few doors down on Laurel Street.

Howell and one other neighbor, Robert Swan, said they opposed any intensification of the use of the space, however — not because of any concerns about Fink, per se, but because of what might follow if Cherry ever leaves the space.

“It isn’t tied to the operator,” Swan said of the conditional-use for the restaurant. “It’s tied to the property.”

Two other neighbors, however, told the commission that they believe the restaurant will be an asset to the neighborhood. One supporter, a Joseph Street resident, said he patronizes the coffee shop so frequently that his car is in the photo in the staff report on the request, and that Fink is “the kind of entrepreneur that the city has wanted.”

The city planning staff, however, had recommended approval of the request, saying that the restaurant will serve the neighborhood without putting too much additional strain on it. Commissioner Robert Steeg said he understood the sentiment that “zoning is forever,” but noted that the conditional-use permit only allows a restaurant, not other uses, and already has restrictions on hours and other conditions that will prevent it from becoming a bar or other less desirable use.

“I think it is a minimal additional adverse impact, if any at all, and appropriate to the neighborhood,” Steeg said.

Among the conditions for approval, the city planning staff said Fink must restore the curb and sidewalk in place of the historic driveway that formerly served the fire trucks. Fink had requested to leave it because of its aesthetic appeal with the rest of the building, but commissioners said that they did not want to interfere with the safety issues raised by the city staff and left that requirement intact.

The commission voted unanimously in favor of the request, sending it to the City Council for final approval.