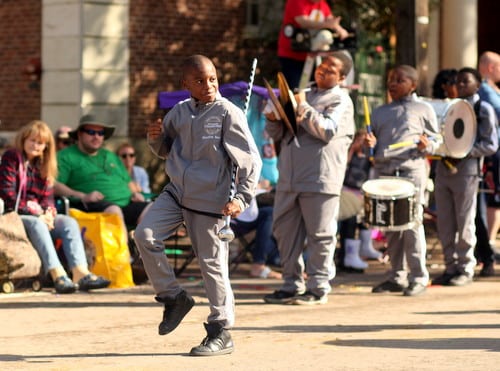 The New Orleans College Prep governing board voted Monday night to offer Joel Castro the position of CEO of the charter network, with the intent of his starting by next month if contract negotiations can be completed.

The College Prep board reviewed 14 applications for the position in January, and narrowed the selection down to three finalists — Adam Meinig, Denise Charbonnet and Joel Castro — who appeared for in-person presentations at the school concluding at the beginning of February. On Monday night, the board reconvened to consider those applications, and went immediately into a closed-door executive session to weigh the merits of the candidates.

After about 30 minutes, the board re-opened the session and voted. Eight board members voted for Castro, with one vote from board member Jim Raby for Charbonnet.

Joel Castro was associate superintendent of the Lubbock Independent School District until last year, and is now living New Orleans while finishing a doctorate in education from the University of Texas. He pledged to emphasize literacy in a curriculum to improve the charter network’s test scores while maintaining a focus on “keeping the trains running on time” in day-to-day functions. He also described the importance of extracurricular activities to keep kids excited about school, and promised to start with a listening tour with parents to solicit unfiltered opinions about the direction of the school.

Castro had said during his presentation that that did not want to wait until summer to start if he was hired, instead suggesting a 90-day entry plan from March through May to help him assess each school’s needs in more detail. On Monday, College Prep board chair Peter Harding said Castro’s start date will be March 1, and that he will be offered a 15-month initial contract to take him through the end of the next school year.

The board then voted unanimously to authorize Harding to negotiate a contract with Castro.

Harding praised Castro’s record as a school administrator, his experience in both traditional school districts and charters, and the close attention Castro paid to the circumstances at College Prep. In his presentation, Castro had described his observations of the strengths and weaknesses at each College Prep campus, and Harding noted he had also read all of the minutes from board meetings online.

“It’s been a long process,” Harding said. “I’m very excited about this candidate. I was impressed by his presentation and his background. … I’m excited about the future for New Orleans College Prep.”

The board also applauded interim CEO Natalie Kaharick for her patience and professionalism during the search process. Kaharick, who had previously overseen operations under founding CEO Ben Kleban, had opted not to apply for the position because she said the role needed to be filled with someone more trained in academics.

Kaharick has not described any plans once the new CEO is in place, and Harding suggested that those conversations may continue.

“I do a complete shout out for the fantastic job you have done,” Harding said. “I have such admiration for you.”

To watch Castro’s full presentation to the board earlier month, see below: