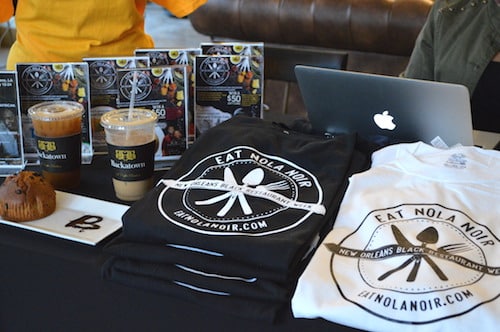 Walking into Backatown Coffee Parlour while DJ Chinua is spinning Caribbean Funk vibes could make you feel a little guilty because you’re out on a weeknight, but when it’s carnival season, the word “guilt” is never mentioned. There’s more of a crowd than there would be on a typical weekday, and that’s all due to a pop-up event hosted by Eat NOLA Noir. 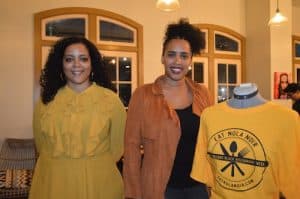 The inception of this idea sprouted from the desire to bring social engagement and economic growth to the well-known establishments and new culinary ventures within the African-American community. The restaurants featured will explore dishes of Creole, Caribbean, African, Soul Food and Black American culture.

While all events will take place in minority-owned restaurants, this non-traditional culinary excursion is not limited to just restaurants; it will highlight the work of local chefs, bakers, caterers, food truck vendors, and even bartenders.

Durousseau is not here to bask in the spotlight or take credit for the New Orleans eatery industry; she wants to join the likes of others who are already doing the work to highlight minority businesses. “Not to discredit or undermine their work, we just want to contribute to it,” she said. 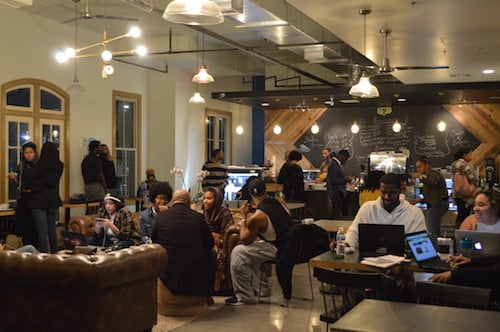 Zella Palmer, also co-founder, is the Director of Dillard University’s Ray Charles Food Studies Program. The Ray Charles program focuses on research and preservation of African-American culture in New Orleans and the South. Palmer, described by Durousseau as a “food extraordinaire,” writes about the food pioneers of New Orleans—namely Linda Green (The YaKaMein Lady), Nellie Murray, and Leah Chase, to name a few.

Palmer, who also works closely with chefs and vendors of the culinary industry, said that she empathizes with them. “I also hear their sorrows, their joys, their pain. And this is something that I know they wanted to see happen,” she said.

She shares that the current state of food culture in New Orleans is changing due to the access to food and the economic growth of the Black community. 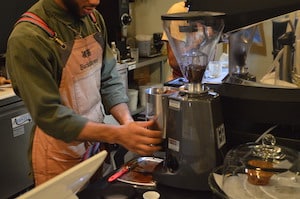 A Backatown barista makes coffee at the Eat NOLA Noir popup event. Backatown Coffee Parlour is one of several businesses to be featured for Black Dining Week (Kerri Ebanks)

Palmer said that she simply wants those who attend the Black Dining Week festivities to simply “celebrate the culinary genius” and support the city’s minority establishments that provide the indulging atmosphere to food lovers.