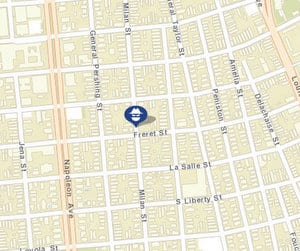 A woman who had parked in the driveway of a Milan Street home Thursday evening was carjacked by two young assailants, New Orleans police said.

The victim, a woman in her 30s, had just parked her car in the 2500 block of Milan Street (just off Freret Street) around 7:40 p.m. Thursday, Jan. 25, when two unknown teenage boys walked up to her driver’s side window, according to the initial NOPD report. They “demanded her keys and told her to leave,” the report states, and then drove off in her car toward South Claiborne Avenue.