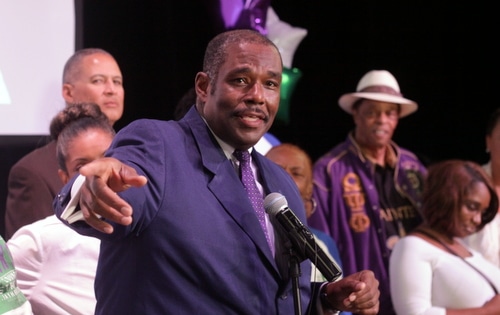 Jay Banks has won the District B race with 100 percent of precincts reporting, according to official results.

By Robert Morris and Claire Byun

Jay Banks has won the runoff for the District B seat on the New Orleans City Council over Seth Bloom by a narrow margin of 131 votes, according to the official results, but Bloom says he is not conceding the race until next week. 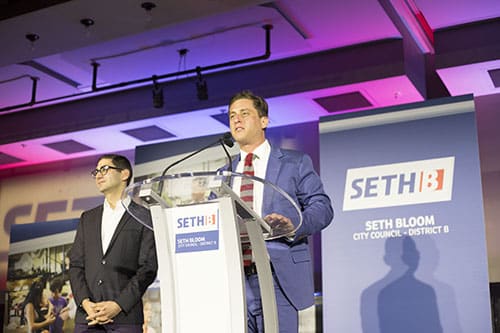 Seth Bloom refuses to concede the result of the District B City Council race. It will come down to a recount on Tuesday, November 21. (Zach Brien, UptownMessenger.com)

Banks won 8,016 votes to Bloom’s 7,885, according to the Louisiana Secretary of State’s office. WWL-TV also called the race for Banks, and Banks gave a victory speech to cheering supporters at Ashe Power House shortly afterward. He said the neighborhoods of District B represent the most diverse section of New Orleans, and thanked voters for their support.

“This is the entire spectrum of everything in New Orleans, right here in this district,” Banks said. “I am elated at the cross sections of support we received. Black, white, old, young, Muslim, Jew — name something, and they were a part of this effort. We could not have been successful had it not been for everybody.”

Bloom, however, told supporters at Ace Hotel that the final numbers are ambiguous, especially regarding absentee ballots, and he is not conceding.

“I’m going to wait until Tuesday and let a judge make that decision,” Bloom said.

Bloom said his campaign learned of absentee ballots that were thrown out, and he wants his campaign to investigate that – and other – issues before conceding. Since the margin between Banks was just over 100 votes, Bloom said he wants a judge to make the final call.

If the recount still puts Banks ahead, Bloom said he’ll then concede.

“I hope the recount goes well, but if it doesn’t, we’ll accept that,” he told a roomful of supporters Saturday night.

Banks, who spoke first, did not mention Bloom directly in his speech, but reached out to his supporters and said they were welcome in his campaign’s “big tent.” He brought his pregnant daughter on stage to illustrate his point about the inclusivity with which he hopes to represent the district.

“This person happens to be King Zulu 2000-and-something. This is my grandson who’s going to be here in two weeks,” Banks said to laughter and applause in the room. “Not only do I have a vested interest in making sure my mom’s taken care of, I’ve got to make sure my grandson is taken care of.

“We’ve got to work that everyone in the community has the opportunity to enjoy what’s here. This is not about one group or another. This is about all of us.”

Official turnout in the runoff election was 29.5 percent of District B’s nearly 54,000 registered voters, up from 26.4 percent in the primary election. 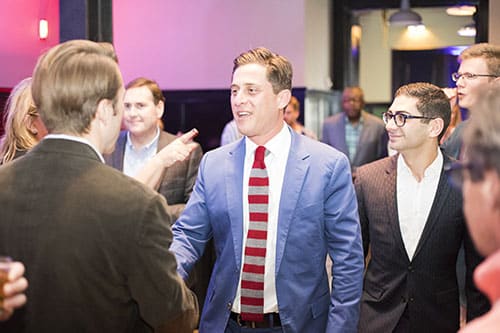 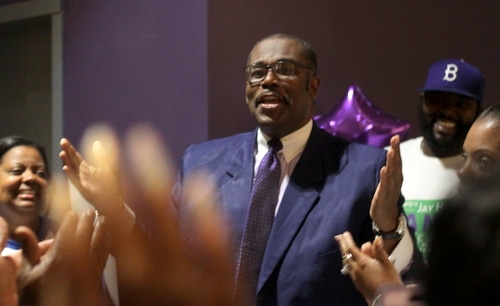 Jay H. Banks walks into the Ashe Power House and is greeted by cheers and applause. (Robert Morris, UptownMessenger.com) 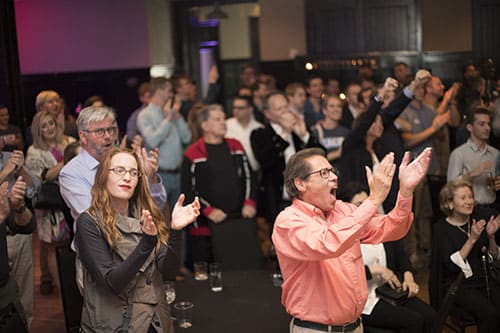 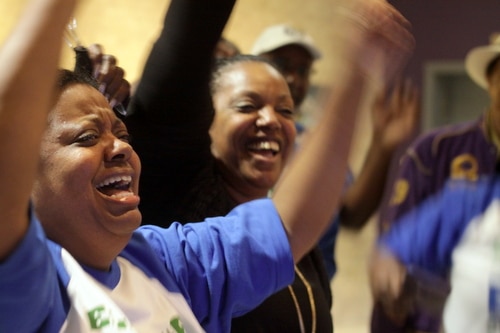 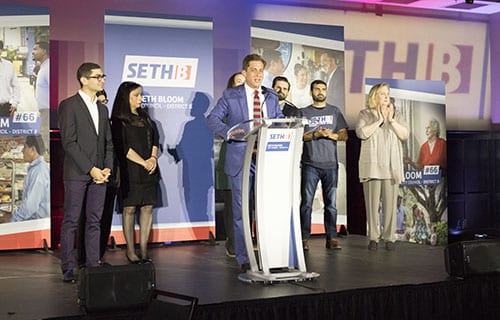 Seth Bloom announces that he will wait until the votes are certified and inspected before conceding the race. (Zach Brien, UptownMessenger.com) 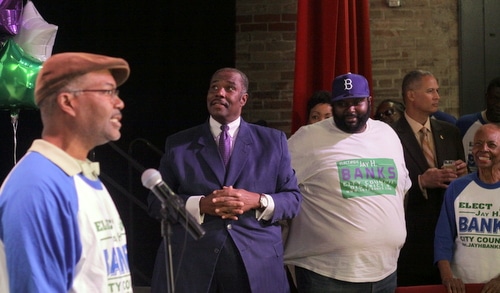 Jay Banks glances at the election results on a projector screen as his brother introduces him for a victory speech Saturday night. (Robert Morris, UptownMessenger.com) 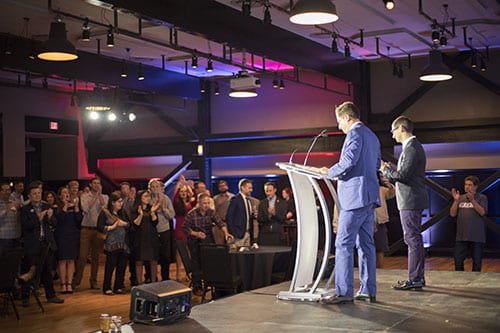 Seth Bloom refuses to concede the result of the District B City Council race. It will come down to a recount on Tuesday, November 21. (Zach Brien, UptownMessenger.com)

This article was reported by Robert Morris at the Banks event in Central City and Claire Byun at Bloom’s event in the Central Business District.