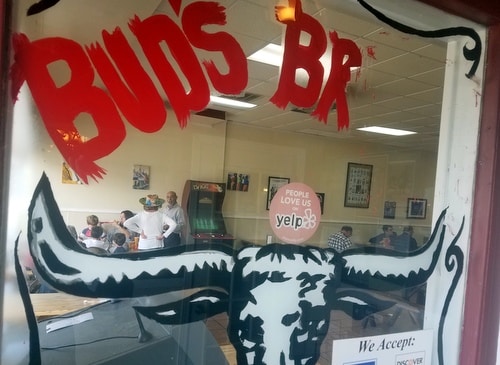 On Tuesday afternoon at Bud’s Broiler’s nearly 40-year-old location on Calhoun Street, Jason Qader, the 62-year-old man who has owned it for the last two decades, stood smiling in the dining room, chatting with his longtime regulars — and saying his goodbyes.

Sunday, sadly, will be the last day for the Uptown burger institution, as Qader moves into his retirement. The restaurant will be closed for two or three months, then reopen as an Uptown expansion of El Libre — expanding on the Carribean-themed menu options currently available at the downtown startup with flavors that should appeal to traditional Uptown restaurant-goers as well.

Bud’s on Calhoun opened in 1978. Qader, who was born in India and immigrated to the United States, gained his footing in New Orleans business through small grocery stores in his 20s, including what was then the nearby Calhoun Superette, and in 1995 he bought into the booming business at Bud’s on Calhoun.

The restaurant thrived for years, though some times were hard and at times demanded 12- or 14-hour work days, Qader said. Despite taking four feet of water in the flooding after Hurricane Katrina, he had it reopened by February, only a month after moving back into his own home on nearby Octavia Street as one of the first residents to return to his block.

“They all started calling me ‘pioneer,'” Qader said.

But after such a good run, Qader said, it is time to move on. He is selling the Westbank of Bud’s he owns as well
— the City Park location of Bud’s is owned separately, Qader said, so it is not affected by his retirement plans — and three dry cleaners, and will split his time between property management and fishing.

“My family is telling me, ‘God is kind to you, generous to you.’ Retire,” Qader said. “I have so many things to be thankful for.”

Blake Lindberg, who grew up in New Orleans, opened El Libre in the French Quarter two years ago in such a tiny space on Dumaine Street that he can only seat 16 patrons and he can’t fit a range with a hood in the kitchen. The menu there is decidedly Cuban, oriented around pressed sandwiches and vegetarian bowls and a bar specializing in rum cocktails.

For the Calhoun Street expansion, Lindberg said he will start with those aspects from the El Libre menu and rum bar but serve his own burgers and fries for locals used to finding them there — especially since he counts himself among them.

“I used to eat at Bud’s at least once a week in high school,” Lindberg said, counting Domilise’s and Ye Olde College Inn among his other childhood favorites. “Bud’s Broiler and Frostop were two of my go-to’s.”

Further, Lindberg plans to expand the menu items from El Libre downtown with other Carribean dishes like ropa vieja that he doesn’t have room to prepare in Dumaine Street’s tiny kitchen. Ultimately, in the same way that Juan’s Flying Burrito so successfully married tacos and burritos with New Orleans flavors, Lindberg said his goal is to find a way to combine a broader Caribbean cuisine and traditional local influences — a sort of Creole Caribbean.

“I want to find a middle ground between what Bud’s Broiler was doing, what I have at El Libre, and the staples from the cuisine that I grew up with Uptown,” Lindberg said.

The ropa vieja, he said, can be served on po-boy bread in way that functions similar to a classic roast-beef debris po-boy — a popular option on his catering menu that he doesn’t have room to prepare in the Dumaine Street location. Meanwhile, he wants to keep the menu accessible from a price standpoint — even in the French Quarter location, most of his sandwiches are under $10, and the vegetarian bowl starts at $6.50.

“We’re one of the few options where you can get healthy food, vegan food and affordable food,” Lindberg said. “I know people are going to be disappointed that the Bud’s Broiler is closing. I want to stay true to what Bud’s Broiler offered to the neighborhood and the regulars and just expand on that.”

Lindberg said he will begin work converting Bud’s into El Libre in early December, and that it will hopefully take no more than two or three months, allowing him to open in February or March at the latest. Along the way, he will keep working on the menu and tailoring it to the kitchen space he has on Calhoun Street.

Qader, who will continue to own the building, said he is excited to be turning the space over to a young person with fresh ideas — just as he was when he first started in business. Qader still gives motivational speeches to young people at area high schools, he says, and he emphasizes that he barely spoke English when he first started in business. 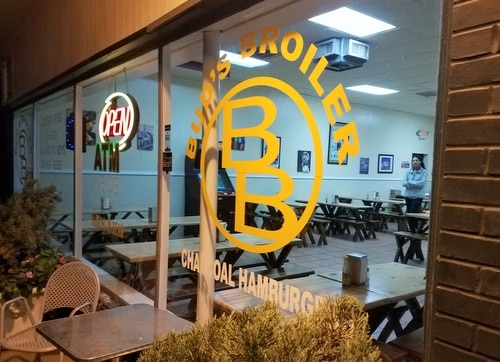 One thought on “Bud’s Broiler on Calhoun to close Sunday; space to reopen next year as El Libre’s Uptown expansion”