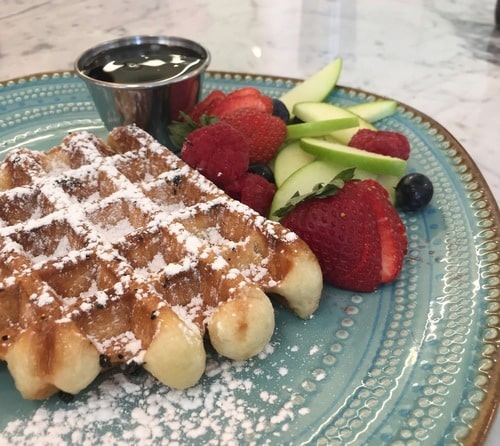 The Liege Waffle from Cloud 9 Bistro, now open on Magazine Street in the Irish Channel. (via cloudninenola.com) 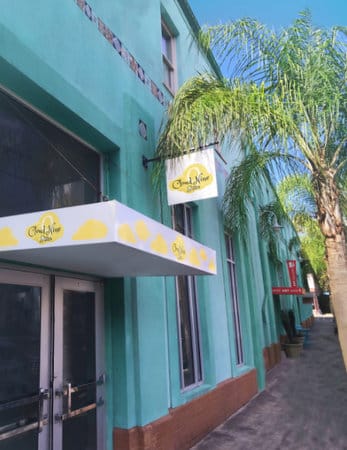 Cloud 9 Bistro is in the building at 3138 Magazine between Harmony and Ninth Streets. (image via cloudninenola.com)

A new brunch spot specializing in Belgian waffles called “Cloud 9 Bistro” has opened on Magazine Street in the Irish Channel, its owner said.

The restaurant is in the large green building known as the Ninth Street Market at 3138 Magazine Street, situated on its own narrow blockface between Ninth and Harmony streets. Owner Mark O’Donnell said he took over the lease from the former Maple Street Patissirie expansion, and opened Saturday as his first day of business.

The short menu at Cloud 9 includes eggs, toast, bacon, quiche, salads and other items, but is centered primarily around “Liège Waffles” with the dough and waffle irons imported from Belgium, O’Donnell said. The concept was inspired by a similar restaurant O’Donnell enjoyed while visiting Salem, Oregon, he said.

While importing waffle dough from Europe to prepare in New Orleans may seem like a complex enterprise, it fits O’Donnell’s background in the restaurant-supply business well. O’Donnell previously owned a shipping company in Savannah, Ga., and in 2003 moved to New Orleans as an executive with Westway Terminals, overseeing the shipping and storing of liquid food ingredients like molasses for Bacardi rum or Pompeii olive oil around the world.

Now retired from the supply end of the restaurant industry, O’Donnell said his own first restaurant will involve some of the same concepts, but on a smaller scale.

“To me, for restaurants, you just have little containers of it now,” O’Donnell said.

Cloud 9 Bistro is open daily from 8 a.m. to 3 p.m. Because he plans to add a Sunday brunch as well, O’Donnell is seeking permission from the city to sell alcohol in mimosas and bloody Marys.

The City Planning Commission is scheduled to hear O’Donnell’s request in its meeting at 1:30 p.m. Tuesday in the City Council chambers.