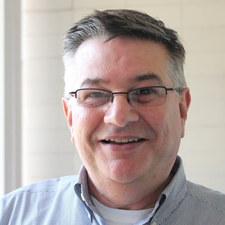 Keith Bartlett — who led Lycee Francais away from the brink of catastrophe five years ago and has since overseen the doubling of its student population and secured a top performance rating from the state — will retire at the end of the 2017-18 school year, he announced.

“I was only supposed to be here one year, and this is year number five,” Bartlett said. “It just looks like it’s the right time.”

It would be hard to overstate the turmoil that threatened to consume the school prior to Bartlett’s arrival. By midway through the school’s second year, both the school’s founding principal and founding director had departed under disputed circumstances, and the governing board was dealing with a funding shortfall that required unexpected layoffs.

Without a top administrator and with the funding problems looming, board members were heavily involved in the day-to-day operations of the school, but internal conflict within the board and with some staff members overshadowed those efforts to find stability. With the school leadership so embattled, state education officials installed an outside consultant to create and lead a committee through the process of replacing the entire board, and the new board then chose Bartlett to lead the school for a single year — but that contract was repeatedly renewed, with raises, amid the board’s praise for his leadership.

The school has grown from around 320 students when Bartlett arrived to around 830 now, and as the school added more than 100 new students with each incoming kindergarten class, finding a large enough campus to accommodate the new children also provided a challenge. In 2014, Bartlett and the board decided on an ambitious plan to buy and renovate the long-shuttered Priestley campus in Carrollton for the school’s upper grades. After a series of sometimes-controversial interim moves, the school is now settled in its Patton Street building with a new 10-year lease and a swing space in the old James Weldon Johnson campus near Priestley.

“It looks like we’re good to go with Johnson for at least three years, which gives us plenty of time to get Priestley online,” Bartlett said.

Among Bartlett’s early priorities was increasing the school’s diversity. Lycee Francais has been, since its founding, among a handful of charter schools criticized as catering to families who are wealthier and whiter than the general population of New Orleans. From the start, Bartlett and the board sought to change that perception, creating a policy that reserved two-thirds of incoming seats for students deemed at-risk, matching statewide demographics. The move to Priestley also created opportunities to increase the school’s diversity, as Bartlett directed his staff to make the entire neighborhood their primary recruiting target for incoming kindergarten students, creating bus service for the neighborhood even before the state began requiring it.

In 2014, Lycee’s students earned their first School Performance Score from the state, a ‘B,’ but last fall raised that score to an ‘A,’ and Bartlett said test scores from this past spring suggest the school will maintain that rating.

The school’s oldest students were in third grade when Bartlett arrived, but this year the school reaches seventh grade. In addition to creating the middle school curriculum, the school also created its first sports teams, winning a soccer league championship and celebrating other athletic achievements. Lycee has also worked to improve its previously-contentious relationship with other immersion schools in the city.

The next major challenge for Lycee is the long-promised creation of a French-immersion high school, which is only two years away. With facilities and academics momentarily settled, the school is at a natural inflection point to find a new leader.

“It was either now or five years from now,” Bartlett said in a phone interview Monday morning. “The person who steps in behind me can focus on furthering the middle school.”

He declined, however, to speculate as to what skills the next leader will need to bring that project to fruition, deferring instead to the school community. His only preference, he said, is that the board makes that process as open and inclusive as possible.

In his announcement of his decision to retire to the school’s governing board last week, Bartlett said none of the schools he has worked in over the last 44 years in education had a better mission than Lycee or a more supportive board or parent community. His best decision, he said, was hiring Marina Schoen as academic director.

“Regardless of the role she plays in the future of this school, her wisdom and ideas must always be respected if school is to evolve to its highest self,” Bartlett told the board.

After a 44-year career in education and the last five years of 12-to-14 work days leading Lycee, Bartlett, now 67, said his own plans are simply to relax, traveling and spending more time with friends and family. Though not from New Orleans originally, Bartlett said he has lived here for the last 17 years and has no plans to leave the city.

“There comes a point in one’s life where you earn a chance to step down and do something a little more pleasant than just work,” Bartlett said.