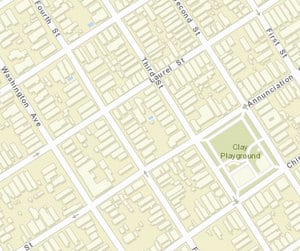 A 60-year-old man found with a superficial gunshot wound to the head Tuesday night in the Irish Channel is being charged with the murder in the death of another man inside the home, New Orleans police said.

While investigating a shooting in the 800 block of Fourth Street (between Annunciation and Laurel streets) around 11:55 p.m. Tuesday, July 25, officers found Charles Jones, 60, suffering from a gunshot wound to the head, and another man was found dead inside the home, police said at the time.

The dead man’s head injury has since been determined not to have been caused by a gunshot, contrary to its initial appearance, said NOPD spokesman Aaron Looney on Wednesday afternoon.

Jones’ gunshot wound, however, was not life-threatening and he was released from the hospital the same night, Looney said. Homicide detectives identified Jones as the suspect in the other man’s death, and he is being charged with second-degree murder, Looney said.

The victim was 69-year-old Raymond Webster Jr., according to our partners at The New Orleans Advocate. Webster’s son, Mark Selestan, said he heard gunfire inside his father’s home and then found Jones, whom he held at gunpoint until police arrived, The Advocate reports.

Selestan said he then retrieved a gun and hit the shooter, Jones, in the head, holding him at gunpoint until officers arrived.

Jones had yet to be booked into the Orleans Parish Jail as of Wednesday afternoon, so no arrest photo is available.

Anyone with information is urged to call the NOPD Homicide Division at 504-658-5300 to speak to a detective, or CrimeStoppers at 822-1111 to leave an anonymous tip that could be eligible for a cash reward.

[Note: An early version of this article was first published Wednesday morning, and it was updated with details about the suspect’s arrest at 1:38 p.m. Wednesday.]