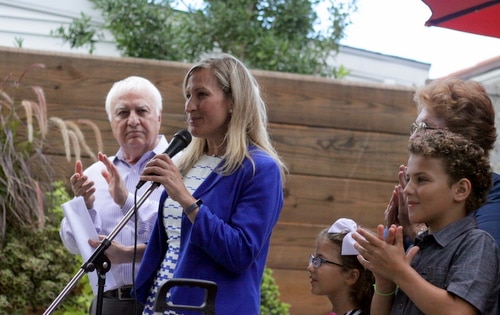 Surrounded by family members, Aylin Maklansky launches her bid for the District A seat on the City Council at the Mid-City Yacht Club. (Robert Morris, UptownMessenger.com)

With filing barely closed on a competitive six-person field for the District A seat on the New Orleans City Council, Aylin Maklansky launched her campaign with a speech promising a grassroots campaign for progressive leadership in the city with a particular eye toward environmental issues.

A Ben Franklin and Tulane law graduate, Maklansky spoke to a crowd of supporters Friday evening at the Mid-City Yacht Club. After years of public service from former U.S. Sen. Mary Landrieu’s office to serving as legislative director for District C Councilwoman Nadine Ramsey, Maklansky promised to walk the streets of District A neighborhoods to listen to constituents as part of her own first campaign for public office.

“I’m just like all of you,” Maklansky said. “I’m frustrated about the direction our city is going in. There’s been a lot of good things done, but we really have to come together as a community and do more.”

“I’m tired of being told, ‘No, you can’t do this. That’s not the way that we’ve done it. You need to stay home.’ Or, ‘We don’t have enough money for that,'” she continued. “We need to change our priorities, and we really need to search for ‘Yes.'” 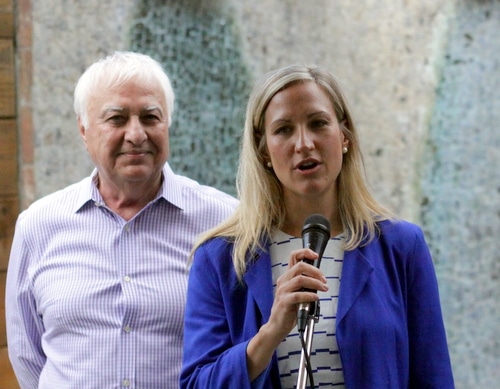 With her father, Tamer Acikalin, by her side, Aylin Maklansky speaks at Mid-City Yacht Club on Friday. (Robert Morris, UptownMessenger.com)

Maklanksy emphasized the need for a new perspective on public safety, supporting the city’s police but also providing more economic opportunity for citizens. Nearly half of the city’s children grow up in poverty, and nearly two-thirds of families spend more than half of their income just on housing, she noted.

Her experience includes both working with residents from within City Hall, hearing their frustrations firsthand and trying to solve their problems, to larger scale fights like preserving the environment from within Landrieu’s Senate office or fighting against insurance companies. Coastal restoration projects, Maklanksy noted, represent a particular economic opportunity for New Orleanians that the city should pursue aggressively. 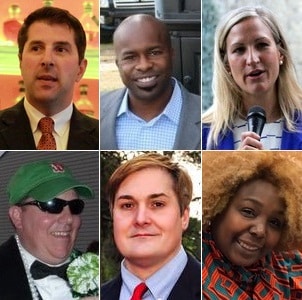 Maklansky’s event comes at the tail end of the qualifying period for the District A seat — which drew five other candidates, Joe Giarrusso III, Tilman Hardy, Dan Ring, Drew Ward and Toyia Washington-Kendrick — and the beginning of the actual election campaign. The lead up to qualifying was relatively quiet, with only Giarrusso and Ward the only other candidates publicly beginning their campaigns ahead of time, but the qualifying period doubled the size of the field.

The election is Oct. 14, with a runoff a month afterward if necessary.