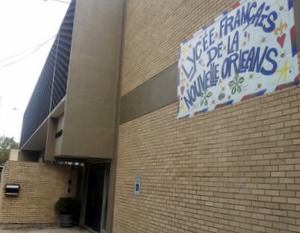 As officials at Lycée Français de la Nouvelle-Orléans anticipate an influx of special education students in years to come, members of the board that oversees the school on Monday night announced plans to devote more resources to that population.

The school will be devoting about $50,000 more in professional development for teachers and other special education-related services next year, board members announced Monday night, using the money to hire interventionists, data specialists and other supporting staff.

In addition, members announced plans to create a separate committee tasked only with overseeing special education development in the school’s curriculum.

“It’s going to continue to be an expanded population of our students, so I think its completely appropriate of our board to form a committee,” said Michael Williams, the board’s chair. “We want to do it sooner rather than later.”

Williams’ comments came after a detailed presentation by board member Dr. Lisa Tropez-Arceneaux, one of several school officials and educators assigned to a task force over the last few months directed at examining the school’s policies on special education and making suggestions for improvement.

Tropez-Arceneaux said the task force found Lycée Français had “unique challenges” when it came to educating special education students. That was in part due to the fact that the population of those students doubled from five percent to 10 percent in the 2016-17 school year, and partly because the American system of providing special education services differs from the French system.

For example, there are scarce special-education training materials written in French, and the immersion curriculum can make it difficult to properly differentiate students struggling with exceptionalities from those only struggling with learning a new language, she said.

To better help those students, Tropez-Arceneaux said the task force recommended hiring more personnel who are devoted to teaching students with exceptionalities, and to offer more professional development for those teachers.

Beginning next year, the school will have two directors of student services, as opposed to one. One of those directors will be specifically devoted to special education, Tropez-Arceneaux said.

The school has also announced plans to hire a data manager, an additional behavior interventionist and another academic interventionist. The school envisions having a certified special education teacher staffing “a central resource room,” according to the presentation.

The increased professional development will happen in part due to grants provided by the Special Education Leaders Fellowship, Tropez-Arceneaux said, which focuses on training oversight and peer review to special education leaders.

Tropez-Arceneaux further recommended that a board committee formed to oversee special education at Lycée Français be tasked with reporting back to the full board by December on the implementation of those recommendations.

During the meeting, the board opened the discussion to the public and asked for feedback about the special education program.

One parent, who declined to give her name to a reporter, complained that children with IEPs sometimes have services interrupted when the class spends time learning away from the school through programs at the zoo or aquarium, for example. Sometimes, she said, this instruction — and lack of specialized services — can last for weeks at a time.

The board agreed that when the special education committee is created, likely at the next meeting, members will work on coming up with a solution to that issue.

The same task force also announced that the school is in the process of implementing a technique known as “restorative discipline.” The approach consists of “showing impact a wrongdoing had on somebody else to try and change their behavior,” according to the school CEO Keith Bartlett.

“You try to teach them empathy,” Bartlett said. “It’s shown good results when instituted at other places.”