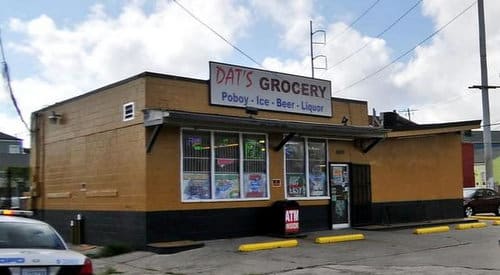 A developer has received tentative approval to tear down the Dat’s Grocery on Magazine Street, but city officials said that actual demolition work cannot begin until he has filed development plans with the Historic District Landmarks Commission.

Developer Cornelius Payne told the commission last month that banks have been hesitant to finance his redevelopment plans for the Dat’s Grocery site at 1600 Magazine because of the city’s reputation for preventing older buildings from being torn down. But the building’s architecture does not represent an essential part of the character of the surrounding Lower Garden District, Payne said, so he asked the commission to help him show potential lenders that demolition of it will not be an obstacle.

“I have this property with the hopes and plans of redeveloping it,” Payne said at the May 11 meeting of the HDLC. “The site is a non-historic building. It is not a contributing element to the neighborhood.”

The HDLC staff agreed with Payne that the building itself was expendable, but noted that the HDLC requires redevelopment plans in place before approving demolition requests. Commission chair Jesse LeBlanc — also a Lower Garden District resident — suggested giving Payne a tentative approval for the demolition, but withholding the work permit until his redevelopment plans are ready, filed and approved.

“I would love to see that property brought to higher and better use,” LeBlanc said. “But I agree with the staff. We need redevelopment plans.”

HDLC Director Elliot Perkins agreed that LeBlanc’s suggestion would work, and Payne said he thought it would allow him to get the redevelopment started.

“That would be perfect,” Payne said. “I’m not trying to tear the building down right now. I just want something to show the bank.”

Technically, Payne’s plan must be approved by the HDLC Architectural Review Committee before his demolition can proceed.

“Once you get together with your architect and you know what you’re going to do with the project, and hopefully it comes to us with a really easy thing,” LeBlanc said.