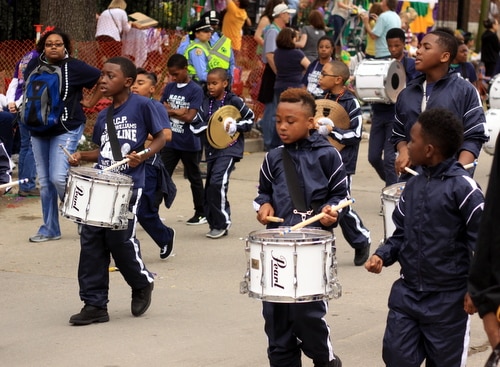 With a high-pressure school year coming to an end, the board of the New Orleans College Prep charter network is beginning a national search to find its next CEO.

The network was founded by Ben Kleban, who resigned at the end of 2016 after his election to the Orleans Parish School Board. The College Prep board initially elevated Kleban’s two top deputies — Natalie Kaharick, who oversaw operations, and Andy Parker, who led academics — to an unusual co-CEO leadership structure, but by February, Parker had resigned as well and left the organization.

Parker’s departure was due in part to the pressure around the below-expectations performance of Sylvanie Williams Elementary, which had been the first school that the College Prep network was awarded by the state to operate. After several years of academic growth, scores at Sylvanie Williams began to fall — and state charter-school regulations dictate that if Sylvanie Williams does not rise above its D grade this year, College Prep will lose the charter.

After Parker left, Kaharick continued to lead the school as a sort of interim CEO, but the board formed a CEO search committee that met in March and April. Committee members conferred with representatives from the New Schools for New Orleans nonprofit that supports charter schools, and decided at its most recent meeting to engage a firm called K12 Search Group to help recruit the next CEO, said committee chair Stephen Boyard Jr.

This series of decisions drew the attention of Tania James, executive director of the Central City Renaissance Alliance. Central City residents are already concerned about the Orleans Parish School Board’s deliberations over the fate of Mahalia Jackson Elementary, James said, so neighborhood leaders are seeking a stronger role in other educational options.

Search firms can be useful for an organization to cast a wide net from a human-resources perspective, James said, but they are no substitute for having local people interact with prospective school leaders.

“We are deeply interested in being involved to support the selection of a CEO whose skill sets will be in line with the community’s needs, as well as the students’,” James said. “My appeal is that you consider a community-engagement strategy, so that you involve the families that will be greatly impacted by the new leadership. … We see that schools are having challenges finding the right leadership at the right time for their development.”

The College Prep board voted unanimously to accept the search committee’s recommendation, and also decided to transform that committee into a “CEO selection” committee that will include all members of the board. The board has yet to set any dates for the new committee’s meeting.