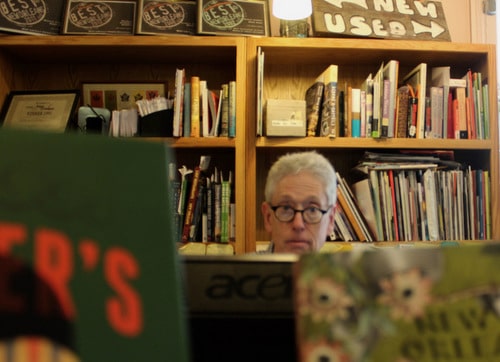 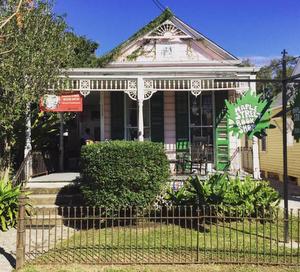 After 53 years in business, Maple Street Book Shop will close its doors for the final time on June 17, the owners announced Monday morning.

The bookstore, which carries a nearly cult following for its mission to “Fight the Stupids,” nearly closed in 2015, but after community support doubled sales, owner Gladin Scott decided to keep the business open. By late 2016, however, Gladin was worried about the store’s future again in the face of ever-increasing competition from Amazon and a general national trend of receding book sales.

“People were so supportive in the last quarter of 2015 that it allowed me to pay a good bit of the shop’s debt off,” Scott said. “We had hoped we would continue to see a little bump into 2016, but unfortunately that didn’t happen. In 2017, business continued to decline sharply. As much as the shop means to me, I don’t have the resources to keep it going anymore.”

On Monday morning, Scott took to the store’s social media accounts and email list to announce a closing date of June 17. Between now and then, the shop will hold its regularly scheduled events, but Scott said he’s not sure whether he will have any final event to mark the store’s closing, primarily because of the personal toll of the decision to close a store where his customers are people he grew up with.

“It’s hard for me just because it’s so painful,” Scott said. “Everyone’s asking, but I don’t know if I could handle it.”

The loss of Maple Street Book Shop follows the closure of McKeown’s Books and Difficult Music in 2014, citing similar pressures. Scott said he never saw other New Orleans book stores in competition with one another, but that they were all facing the same changing world.

“In this day and age, Uptown New Orleans has a wealth of booksellers. It’s just been technology more than anything else,” Scott said. “We’ve relied on student business, but it’s not as it was a decade ago. They order books online; they read online; they download books. I still have armies of students passing the shop, but their eyes are attached to their iPhone, not looking at the shop or anything else.”

With texts so freely available in digital formats, bookstores now compete with restaurants for customers’ dollars, and a growing world of online media for their reading time, he said.

“We’re a left-wing bookshop, and every time I check Facebook I see my customers out protesting,” Scott said. “A lot of people who would normally be in the book shop are focused on what’s going on in the rest of the country.”

Scott acknowledged that Maple Street Book Shop holds a special place in the hearts of many New Orleanians, but he attributed that to its half-century legacy in the city. Its pioneering founders, Mary Kellogg and Rhoda Kellogg Norman, opened it in 1964 as the first place to get paperback books in New Orleans. Kellogg’s daughter, Rhoda Faust, bought the shop six years later while in her 20s, coined the unforgettable slogan of “Fight the Stupids,” and expanded it to locations across the city.

“People love the book shop,” Scott said. “But people don’t need a neighborhood book shop the way they have in the past.”

Read the closing message from the store in full below:

Thank you for 53 years. It has been an honor to be part of this community.

With great sadness, the next 6 weeks will be our last. We’ll be closing, with our last day being Saturday, June 17. We’ll continue to offer a wide selection of new and used titles, and honor special orders already placed, as well as host the events planned through our closing date. Please join us for our last month and a half. Come celebrate the shop with us!

We’ll keep you posted on shop news and upcoming events through our shop email, facebook, and twitter. Keep following us.

We’re not sure what we’ll do next, but we’ll always keep fighting the stupids. We hope that you will too.

We are so grateful to have been your booksellers.