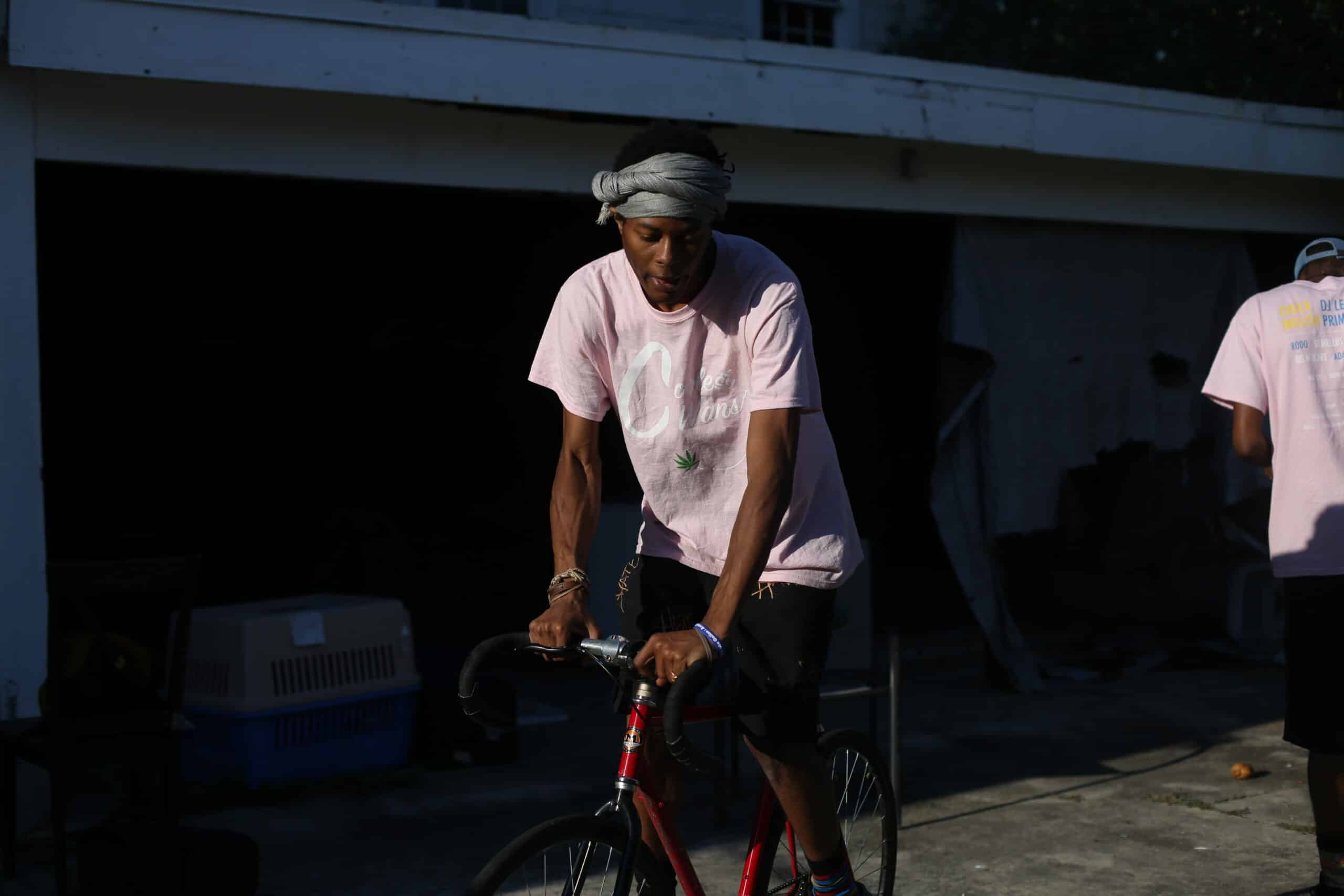 The Saturday (May 20) show at The Howlin’ Wolf’s “porch” stage will host rappers Rodo, Gemellus, Tay Miles, OG Muchee, and Adam Dollar$. The show begins with DJ sets by Chuck Inglish, one half of the indie hip-hop duo The Cool Kids, and local DJ Legatron Prime. Vendors selling clothing and art will also be at the show.

“We were both looking to experience what it would be like to actually put together a show with an established artist,” Paige said. “It’s something that would definitely give Mike more experience for what he wants to do, and I’m just always interested in jumping into different fields within this music thing.”

Hazel said he wants to bring more events like this into New Orleans without “breaking people’s pockets.” None of the performing artists were asked to pay for their spot to perform at the venue.

“To me this show stands out because it is the merge of a national show with a prominent artist meets a local hip-hop performance that already happens week to week,” Hazel said. “After choosing Chuck, we looked at people in the city to bring out.”

Hazel reached out to Melisa Blanchard and her national clothing line, DRUGSANDDONUTS, to order t-shirts themed after the Howlin’ Wolf show. The shirts include the names of all the performing artists.

After Hazel sent Blanchard his design, she brought it to a local screen printer in Slidell. Blanchard said she doesn’t notice many people creating shirts for such promotion.

“For a shirt, that’s heavy,” Blanchard said. “People are going to be talking about that forever.” 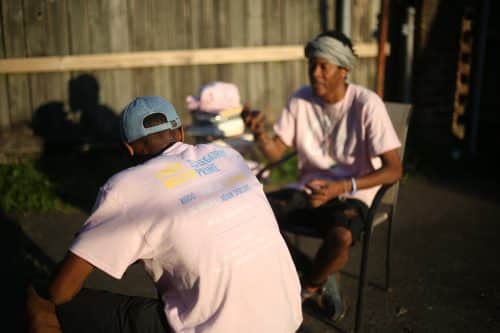 The rapper Rodo, from Prentice, Mississippi said the t-shirts are a great addition to the show. He will be previewing new music from his upcoming project A Note from The Universe with songs like “Leah’s Interlude,” “Namaste,” and “Riding on E”.

“Hopefully people will be inclined to buy a really awesome piece of memorabilia for a show that people will hate (that) they missed,” Rodo said.

Nuddie Piper, a recording artist from New Orleans, aided Hazel and Paige in setting up Howlin’ Wolf as the event’s venue, as well as with promotions and sponsors.

“The stage will give you the (impression) when everything’s hooked up that it looks like a porch, New Orleans type of vibe,” Piper said.

According to Piper, this event is one of the start of many, in order to bring more diverse lanes of hip-hop music to the performance scene.

Piper lists musicians Chuck Inglish, Big K.R.I.T., and New Orleans’ own artist Curren$y as some of the recent front leaders in what he calls Indie Rap.

For the New Orleans rapper OG Muchee, the t-shirts Hazel ordered for the show are a blessing, and Chuck Inglish is an artist he’s listened to since around 2007, which is when Inglish first formed The Cool Kids hip-hop duo with Sir Michael Rocks.

“Artistically, Chuck is one of the few in the game that has inspired me when it comes to producing early, when I came into the music scene,” Muchee said. “I never would’ve thought I’d be performing with him though, and it was an honor to even have been thought about when performing with a legend like that with such longevity.” 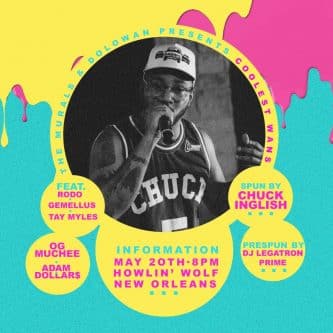 DJ Legatron Prime, who will be playing songs before Chuck Inglish starts his set, said she discovered Chuck Inglish through his stint in The Cool Kids duo. She said his whole theme and aesthetic gave birth to many artists, and that a DJ set from him she has heard created a perfect mood leading up to a live performance.

“I’m interested to see him in action though, instead of just listening,” Prime said. “I think he’ll definitely bring a good vibe to the show. It’s encouraging to be able to see somebody who’s (been) where you are and where you want to be.”