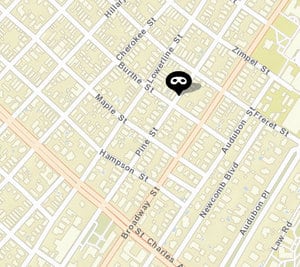 Four people — two of whom were armed — barged into a Pine Street home Monday afternoon and robbed the resident there at gunpoint, New Orleans police said.

The victim, a 20-year-old man, was at home in the 900 block of Pine Street (between Burthe and Freret streets) shortly after 3 p.m. Monday, March 3, when the four intruders came in through a back door, according to the initial NOPD report.

“The armed subjects pointed their weapons at the victim and demanded property from the residence,” the report states. “The victim complied and the subjects fled the location.”