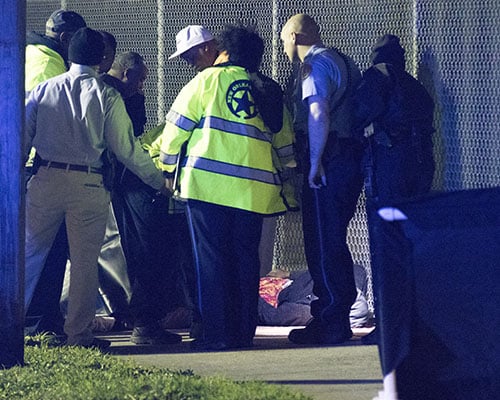 After two homicides so far this year just blocks apart in the nearby Milan neighborhood, members of the Delachaise Neighborhood Association decided Tuesday night to begin exploring the idea of a tax-funded security and improvement district to pay for extra police patrols.

The formal boundaries of the Delachaise Neighborhood Association are between St. Charles Avenue and South Saratoga Street (between Louisiana Avenue and Marengo Street), and the members of the group paid voluntarily for an off-duty NOPD officer to patrol the area a few hours a week for years. As people who contributed to the fund dwindled, however, the association gradually disbanded the patrol effort.

“It could never afford to do much, and we eventually just let it slide,” recalled association member Andrew Nahm.

At the association’s monthly meeting Tuesday night, resident Jonathan Rhodes volunteered to begin exploring the creation of an official security district, which would add a fee to the property tax bill of every parcel in its boundaries, then use that money to pay for patrols by security officers. Rhodes said he moved to the Delachaise neighborhood about a year ago after living for a decade in the Marigny, where he also assisted with a security district effort.

The details of the security district — such as its boundaries and how much each parcel would pay — would be determined by the neighborhood, Rhodes said. They would also decide whether to use off-duty NOPD officers or a private security company, and how many hours per week the officers would patrol.

“The neighborhood designs the security district how they would like it,” Rhodes said.

Additional police presence is not the only possible way to use the money, Rhodes said. Broadmoor used a similar structure to pay for community redevelopment efforts, and some neighborhoods combine the two ideas into “security and improvement districts,” Rhodes said.

“We all realize we cannot arrest our way to better communities,” Rhodes said. “Their idea in Bmoor was community improvement as a way to improve neighborhood safety.”

Terence Boullt, 22, was shot to death Jan. 22 at Amelia and LaSalle streets, and Kelvin Stevenson, 26, was gunned down Wednesday, April 12, two blocks away at Freret and Peniston streets. Both shootings were technically outside the Delachaise association’s boundaries, but the group has been working closely for more than a year with the Milan Focus Group, which covers that area.

“It’s not as bad as it was, but unfortunately we had that homicide,” Smith said.

In an effort to keep the district affordable for older residents on a fixed income, Rhodes suggested exempting homes whose owners are granted an “age freeze” on their property taxes. That money could perhaps be recovered by charging a higher fee on businesses that bring traffic into the neighborhood, Rhodes said.

One neighbor asked if short-term rentals could be charged more as well, which Rhodes said was worth exploring. The AirBnB issue is partly what drove him out of the Marigny, he said.

“One of the reasons I moved was, we had no neighbors,” Rhodes said. “We had AirBnBs.”

The process will begin with the neighborhood drafting a proposal establishing the boundaries, its fees and a governing board. The state legislature must then pass a law allowing the residents within those boundaries to vote on it, which could take a year or more, Rhodes said.

If the district is voted into law, the fee becomes mandatory, he said.

“Once the majority of residents approve it, everybody would pay,” Rhodes said.

Nearly all of the 25 people at the meeting raised their hands encouraging Rhodes to form a committee to begin working on the proposal. Further, 15 of them actually volunteered to serve on the committee, Rhodes said, a stronger show of interest than he had anticipated.