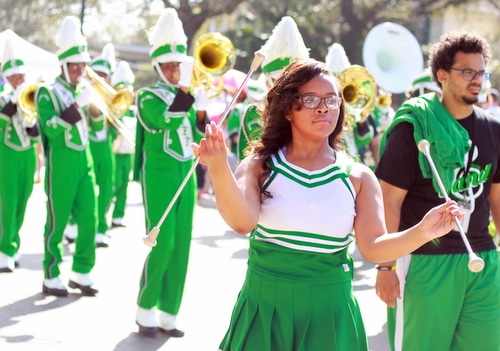 The New Orleans College Prep governing board voted Tuesday evening against returning either Cohen College Prep High School or Crocker College Prep to the oversight of the Orleans Parish School Board for the next school year, meaning all the charter network’s schools will return at once the following year with the rest of the schools around the city.

OPSB Deputy Superintendent Mary Garton attended College Prep’s board meeting Tuesday to invite the network to return one or more of its schools. State law mandates that all schools under the Recovery School District will return in a year, but OPSB was hoping that around 10 would choose to do so early this year to begin building organizational structures for them, and so far, nine schools have chosen to do so — including some from the Choice Foundation and Firstline, as well as Sci Academy.

The primary benefit of returning early, Garton said, is that schools in the OPSB and their leaders naturally have more conversations and input with OPSB administrators about how the system will be designed for the return of all schools. Some networks have opted to send a single school back to place their leaders as a sort of liaison with the OPSB during the transition.

“The system advantages are for us to build capacity,” Garton said. “For an operator, the advantage would be to be in the mix now.”

The drawback, however, is financial. The OPSB is not large enough to negotiate insurance rates as low as the state can, so the cost to individual schools is about $50 more per student. For College Prep, that could mean an increase of $50,000 or so just for insurance, Garton estimated.

Only two of College Prep’s schools — Cohen High School and Crocker elementary — are eligible to return this year. Sylvanie Williams’ school performance score disqualifies it from the option of early return, and in fact jeopardizes whether College Prep will retain the charter for Sylvanie Williams if scores do not improve.

For College Prep leaders, the benefit was not worth the cost. Acting CEO Natalie Kaharick is already part of the reunification work, so the network feels represented in those discussions. Meanwhile, some board members lamented that all the schools could not return at once, and others said the cost of the insurance hike would be better spent in classrooms.

Kaharick said the insurance money could be spent on technology or teachers next year, while preparing to budget for the increase in the following year.

“My recommendation is always going to be to keep funds with students,” Kaharick said. “That’s no reflection on OPSB.”

The board voted unanimously against returning either Crocker or Cohen this year, but board chair Peter Harding said College Prep is excited to return next year.

“We’re very comfortable coming back to the OPSB,” Harding said. “It’s a matter of timing. I don’t think anybody has any reservations.”

Meanwhile, the effort to save the Sylvanie Williams charter remains a struggle. The latest round of benchmark testing showed a slight dip, which principal Alexis Adams said may be in part due to testing fatigue because the most recent benchmarks were given so close together.

On the other hand, Adams said, even the slightest dip is a substantial problem so late in the school year, with so far yet to go.

“Obviously the weight is a lot heavier on Sylvanie, given where we are,” Adams said.

Adams is in her first year as principal at Sylvanie Williams, leading a staff that the majority of which is in their roles for the first time. The board praised Adams for her work, saying they understood the enormity of her task, regardless of the outcome.

“You could be doing magnificent work, but you’re continually judged on whether you cross a line or not,” Harding said.