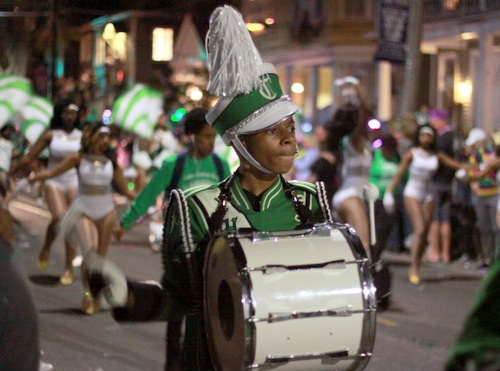 After New Orleans College Prep identified a list of intervention efforts to bring test scores at Sylvanie Williams elementary high enough to retain its charter, a local foundation pledged a $30,000 infusion to help pay for the forms of extra coaching for students, officials said.

Sylvanie Williams received a School Performance Score of 54 after the last school year, a ‘D’ letter grade that could result in state officials taking the school away from the New Orleans College Prep charter network if it does not improve to a ‘C’ this year. After disappointing internal testing results in December that yielded a projected score of 39, school officials put together an aggressive strategy for tutoring students that focused on after-hours instruction by teachers, Saturday classes, social work to help with home issues, and additional coaching for instructors.

The strategy showed some initial results, with internal test grades jumping to a 48 in only about three weeks into the new year, officials said in early February after staff shakeups that also cost the school its academic leader, former co-CEO Andy Parker. But those extra staff hours all come with costs, as do the buses to bring students to school on Saturday, and school officials had informed the College Prep governing board that they expected to exceed the organization’s operating budget.

Later in the month, a local foundation pledged $30,000 to help with those efforts, co-CEO Natalie Kaharick told the College Prep board in another meeting Feb. 20. Kaharick did not share the name of the foundation with the board, saying she had not yet received clearance to identify it publicly.

Part of the effort at Sylvanie Williams has been to hold individual meetings between students and administrators, as teachers find the children respond well to messages of personal responsibility, and those meetings have expanded to involve parents as well, Kaharick said. Students at Sylvanie Williams will take their next round of internal testing later this month, Kaharick said, and the board suggested scheduling another meeting soon afterward for an update.

“We are pulling out all the stops and doing as much as we can,” Kaharick said. “It’s going to be really close. We’ve seen a lot of growth.”

At Crocker, College Prep’s other elementary school, internal testing already shows a 64.8, well on the way to the 70 they need for a ‘C’ there. Cohen High School students recently took the ACT college-entrance exams, and the school will likely receive the data from those results in March.

College Prep board member Jim Raby remains most concerned about retention after learning in January the alarming statistic that 75 percent of teachers at Sylvanie Williams are new this year. Raby is hearing some teachers are leaving as a result of “battle fatigue,” he told Kaharick.

School officials replied that some of that turnover was likely an inevitable result of the departure of the school principal last year, because many educators will leave a school when their leader does. Next year’s retention is looking much stronger, said development director Vanessa Douyon.

Meanwhile, College Prep is working on its long-term planning, not only around scores, but also on issues of staff development and retention and codifying procedures. The organization’s goal in the coming years will be to create a high-caliber academic programs, specifically through continuity of their students, Kaharick said.

“It’s time for us to go from being C and D schools to being A and B schools long-term,” Kaharick said. “The longer kids stay with us, the better they’ve done on testing.”

At the Feb. 20 meeting, Kaharick proposed a new organizational chart following Parker’s departure, with an operations officer, financial officer, academic officer, and school leaders that all report directly to a single CEO. The board did not act on her suggestion, but did hold a 50-minute closed-door session to discuss personnel issues.

To read our live coverage of the meeting — which also included an update on the Hoffman preschool expansion — see below.