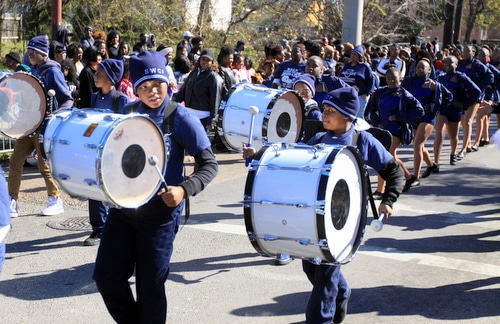 The academic leader of the New Orleans College Prep charter network resigned unexpectedly last week as the organization struggles to improve test scores at its first campus enough to prevent the state from revoking its charter.

After the unopposed election of College Prep’s founding CEO Ben Kleban to the Orleans Parish School Board, the College Prep board named Andy Parker and Natalie Kaharick to succeed him as co-CEOs, Kaharick to focus on operations and Parker on academics. Meanwhile, College Prep network has been striving all year to improve test scores at Sylvanie Williams Elementary beyond its current ‘D’ rating, which if unsuccessful would likely mean College Prep would no longer operate that school.

The benchmark testing in December showed somewhat discouraging results — a projected 39 School Performance Score, less than the 54 Sylvanie Williams earned last year and far beneath the 70 it needs to keep the charter, Parker told the school’s governing board in January. Parker had predicted that January results would provide a better picture of where Sylvanie Williams was headed, but he was not there to deliver them at a special board meeting Monday evening, as he had resigned Wednesday, Feb. 1, Kaharick said.

“It was unexpected,” Kaharick said of Parker’s resignation in an interview after Monday’s meeting. She said she didn’t want to speak for Parker’s motivation, but acknowledged, “Sylvanie is a stressor.”

The board did not mention Parker’s resignation directly at Monday’s meeting. An item on the agenda called for discussion of “organizational structure,” but board member Jim Raby suggested postponing that until the next meeting, when board chair Peter Harding has returned.

Instead, the majority of the hour-long meeting focused on the efforts to save Sylvanie Williams, where most of the top staff at the school has been replaced in the last year. Former principal Krystal Hardy, who had been the subject of national magazine profiles on the turnaround of New Orleans schools, resigned as a personal decision in August.

“I think we all agreed the school needed some new momentum this year, and a change of leadership would be in the best interest of the school,” Kaharick said.

The new principal is Alexis Adams, whom Kaharick lavished praise on before the board Monday as “our absolute rock this year.” Assisting Adams is Amanda Aiken, the former principal of Crocker College Prep and this year College Prep’s senior director of schools, who has been focusing on cultural and behavioral issues. Sylvanie Williams was being disrupted by behavior that was causing too many suspensions in the middle-school grades, Aiken said, but has reduced the number from seven in October to one in January.

Kaharick has also enlisted the help of former Cohen College Prep principal Rahel Wondwossen, who had departed last year to start her own consulting firm and had been traveling on sabbatical until recently. The students are all receiving individualized instruction based on their scores on each round of benchmark testing, Adams said, and the teachers — 75 percent of whom are new this year — are receiving extensive coaching from other administrators.

The changes may finally be taking hold, Kaharick and Wondwossen said. The January benchmark testing now shows the school with a projected SPS of 48, nine points of improvement following what only amounted to 17 actual days of instruction since the holidays. Given that pace, attaining 12 more points to reach a 60 by the end of the school year is within reach, the officials said — and that much improvement by individual students would likely be rewarded with 10 “bonus points” from the state to end at the 70 needed to keep College Prep operating Sylvanie Williams.

“If you are roughly where you were last year given the amount of turnover, something good is happening,” Wondwossen said. “I think that there’s a lot to be optimistic about. We didn’t lose ground from where we were last year. The right people and the right mindset are at work here.”

Administrators told the board they plan to spend about $50,000 more than is budgeted on specific efforts at Sylvanie Williams — more social work support and therapy, to help students whose personal circumstances are keeping them from learning, more substitute teachers and stipends for current teachers who are spending additional hours tutoring the students, more laptops for some of the computer-based learning programs, and money for busing students to weekend tutoring sessions.

For substitutes, the board has a network of veteran educators who they know are available on a short-term basis to help the young teachers at Sylvanie Williams. The money will likely come from College Prep’s reserve fund, but Kaharick said the school would regret not spending it.

Monday’s meeting was attended by Kleban himself, though he has resigned from any employment at the school to avoid a conflict of interest. He said he feels “optimistic” based on the people working on the plan that was been outlined.

“They can do it. They can absolutely do it,” Kleban said. “I feel better about that possibility today than I did at any point in the school year.”

Meanwhile, the administration said they continue to encourage the students and teachers every day. At Monday’s morning meeting, the staff drew specific inspiration from last night’s Super Bowl comeback by the New England Patriots, Kaharick said.

“We saw it last night: the game can be won in the fourth quarter,” Kaharick said. “We’re just continuing to speak that into existence.”