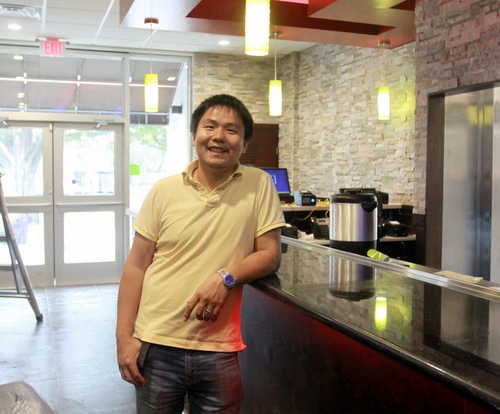 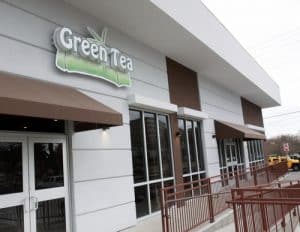 Two years ago, Yung Lau could scarcely believe that his Green Tea restaurant at the edge of the Garden District was about to be displaced by a national pharmacy chain in a city as in love with mom-and-pop eateries as New Orleans.

The CVS did indeed move in, but on Friday, Lau will reopen Green Tea in a brand-new building that is being hailed as another landmark in the continuing redevelopment of another major Uptown corridor, South Claiborne Avenue.

Lau has spent his entire life working in restaurants, the family business, starting with his first job when he was 13 years old in the 1990s working in his father’s restaurant in tiny Hamilton, Ala., where there was no other Chinese restaurant within a two-hour drive. They later moved to North Carolina, and then again to Farmington, Conn., where the family wound up staying.

“Everywhere my dad went, he had a restaurant,” Lau recalled with a laugh.

Shortly after Hurricane Katrina, Lau got married, and his wife’s brother was already in Louisiana, so the family opened up the Chopstick buffet on the Westbank. In 2008, Lau opened Green Tea restaurant on Louisiana Avenue, in the building with the former Blockbuster Video that fronted on Magazine Street. After Blockbuster closed, however, CVS bought the building and moved Lau and the other tenants out to take over the entire space.

Lau had always had his eye on the Freret area — his well-received plan in 2012 to redevelop the former Frank’s Steakhouse was scuttled by city officials who did not believe the Barecca family would sell the property. Then, in 2013 he led the renovation of the building that became Mint restaurant, though he has since sold that property to the proprietors of the restaurant.

After Green Tea closed, Lau went to work in earnest on his largest project to date: construction of a new building at the long-vacant corner of Napoleon Avenue and South Claiborne, a gateway into Broadmoor. City Councilwoman LaToya Cantrell, who has made the redevelopment of the stretch of South Claiborne between Napoleon and the Magnolia Market on Louisiana Avenue a priority, has publicly hailed Lau’s construction project as crucial to the corridor’s future.

“That corner of South Claiborne and Napoleon has essentially been vacant since August 29, 2005 when the levees failed. For many years, we fought through red tape and other obstacles to get a business–especially a local restaurant like Green Tea—to open its doors on that spot,” Cantrell said this week in an email to Uptown Messenger. “The restaurant has already generated jobs with its construction and it will continue to do so when it’s fully staffed and serving customers. South Claiborne’s revitalization isn’t complete, and I will continue working on getting more businesses into this critical corridor.”

This week, Lau is preparing for Green Tea’s opening day on Friday, hiring drivers and servers and putting the finishing touches on the building. The restaurant’s interior features more area for seating, a small bar and a separate room that could be used for parties or banquets, but the menu, the website (greenteanola.com), the delivery radius and even the phone number will all remain the same.

“There’s not as many people walking around at night,” Lau said. “It’s better. More businesses are coming back.” 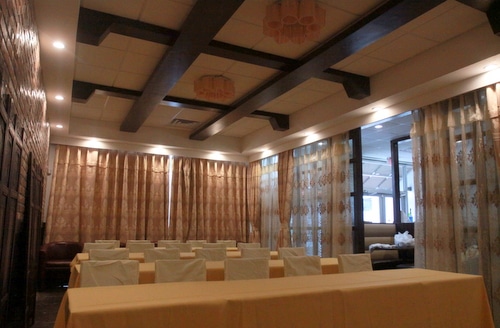