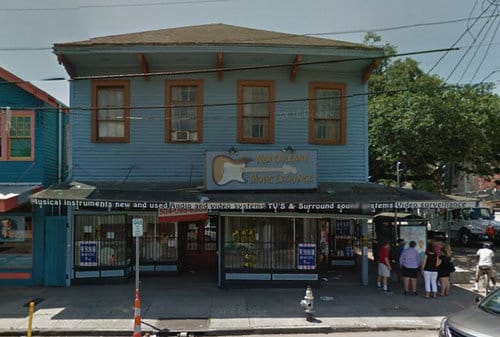 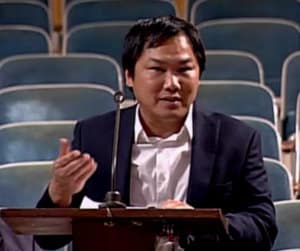 Hieu Doan appears before the City Planning Commission on Tuesday to request a restaurant use at the former New Orleans Music Exchange building on Magazine Street. (via city of New Orleans)

A year after the untimely death of beloved New Orleans Music Exchange owner Jimmy Glickman, the bright blue building at the corner of Magazine and Louisiana is slated to become a seafood restaurant, according to plans pending before the City Planning Commission on Tuesday.

Hieu Doan of Namese is seeking to change the use of the building at 3340 Magazine to a standard dine-in restaurant with alcohol sales, according to an application heard Tuesday afternoon at the City Planning Commission. The application describes the restaurant as a seafood restaurant with beer, wine and craft cocktails accompanying its dishes.

“We plan to renovate the current structure and maintain the historical integrity of the architecture,” he writes in the application.

Those renovations are expected to take about four months, the application states. The restaurant will have about 4,000 square feet of floor space upstairs and downstairs, with seating for 41 people downstairs and 20 more upstairs, it states.

The request drew the favor of city planners, who said in their report that a restaurant fits the general character of the area.

“Magazine Street is synonymous with pedestrian scale retail and restaurant uses,” the planning report states. “Restaurants are very common along Magazine Street and contribute to the street’s vitality and walkability.”

Doan appeared at the planning meeting in person on Tuesday in case the commissioners had any questions, and no one spoke against his proposal. With a long agenda ahead of them, the planning commissioners held no additional discussion on the restaurant plan, and voted 7-0 in favor of it.

The request will next be forwarded to the City Council for a final decision.