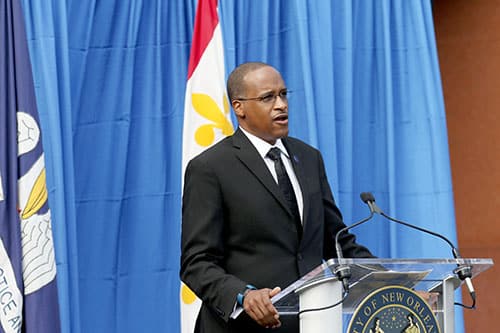 At the 31st annual Martin Luther King, Jr. Official Day celebration, speakers remembered King’s legacy by focusing on the idea of “togetherness,” an idea from one of King’s last written works. This idea encompasses the development of communities despite differences of opinion, religion, race or any other category.

The event’s keynote speaker was Dr. Walter M. Kimbrough, the president of Dillard University. Dr. Kimbrough organized his speech around the concept of unenforceable togetherness, developed from Martin Luther King Jr.’s 1967 text “Where do we go from here? Chaos or Community?”

Citing current events, Dr. Kimbrough sees the world leaning more towards chaos. This chaos, according to him, derives from intolerance and living in our own, safe bubbles.

Dr. Kimbrough cites the tensions around the upcoming presidential administration as the source of much chaos in this country.

“Over the past few months tension increases as we prepare for a new administration to take office this week. People are rampantly taking sides in what is shaping up to be four years of struggle,” Kimbrough said. “It follows a contentious campaign period profiled by lots of character assassination and we talked about people, considering who is the hero.”

There has been backlash against people who have even met with the president-elect.

“People are attacking people like Kanye and Jim Brown and Steve Harvey, denigrating them as ‘race traitors’ for meeting with the incoming administration,” Kimbrough said.

One of the points Kimbrough harps on is the many problems with social media. It has shown to be a big avenue for chaos and separation it allows individuals to live in a bubble, only surrounding themselves with things that fit their worldview, not necessarily the truth. Kimbrough quotes president Obama’s farewell address to further this point.

“It’s become safer to retreat into our own bubbles, whether in our neighborhoods or on a college campus or places of worship or especially our social media feeds,” Kimbrough said. “And increasingly we’ve become so secure in our bubbles that we start accepting information, whether true or not, fits our opinions instead of basing our opinions on the evidence that is out there.”

Speakers harped on the importance of discomfort, stepping out of your comfort zone to increase a dialogue and develop a sense of community.

“We have to learn how to get comfortable in our discomfort,” said Judy Reese Morris, Deputy mayor of citywide initiatives.

Mayor Mitch Landrieu suggested what makes us different is an asset.

“Diversity is a strength, not a weakness,” Landrieu said. 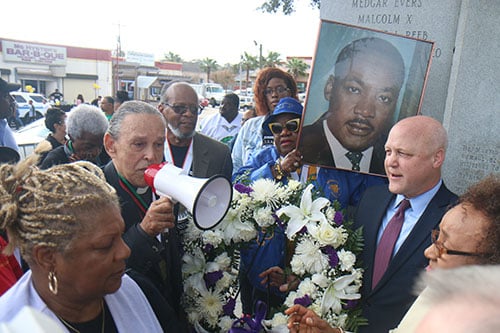 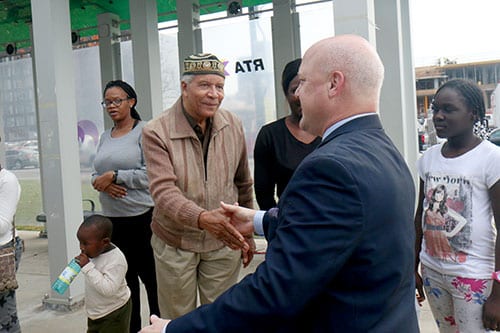 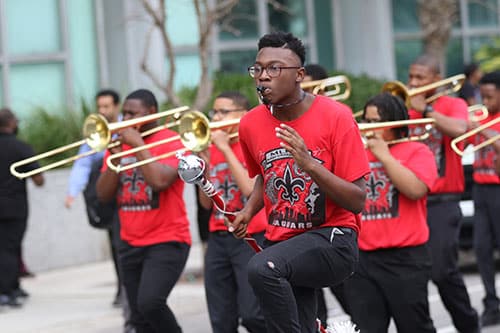 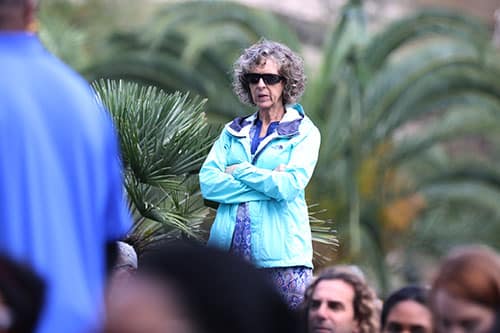 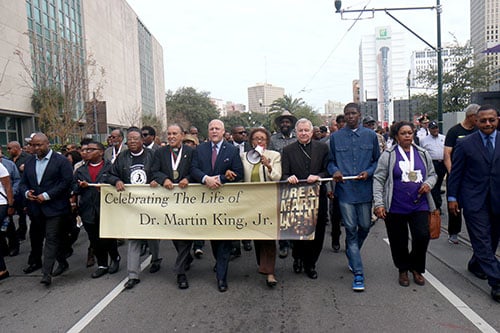 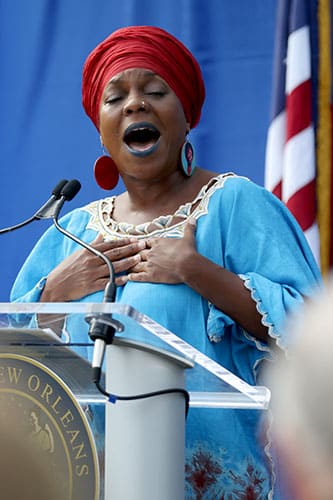