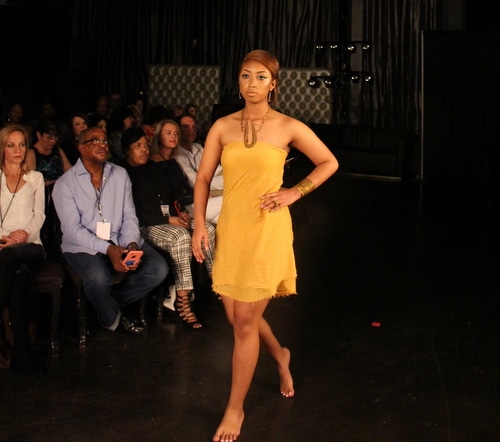 Models of all shapes and sizes walk down the runway wearing the latest clothing from designers around the world. It’s all a part of the 2017 Coastal Fashion Week run by Exalté Magazine, which stopped at Eiffel Society Nightclub in New Orleans earlier this month.

The event showcased designers from Keno Couture Design to Un-U Luxe with both female and male models ranging in size from petite to plus size.

Kymberly Soulé is the CEO of Exalté Magazine and also founded Coastal Fashion Week, the only multi-state fashion week in the world. Soulé started the fashion week to celebrate all body types and give opportunities to many different models and designers.

“Exalté Magazine is a fashion philanthropy glamour magazine. We believe everybody is beautiful and we feel the same way about our fashion week,” Soulé said.

Coastal Fashion Week is a touring fashion show that travels to five cities on or neat the Gulf Coast during the single week in Alabama, Louisiana, Mississippi and Florida. But these shows aren’t just about fashion, they’re about philanthropy, too.

Coats for a Cause is the foundation they’ve partnered with, which is a non-profit organization that collects coats to give to the less fortunate, but the group is donating to a different cause in each city.

Here, each model bought a coat, modeled it, and donated it at the end of the show. For this particular show, the coats were donated to the flood victims of Louisiana. 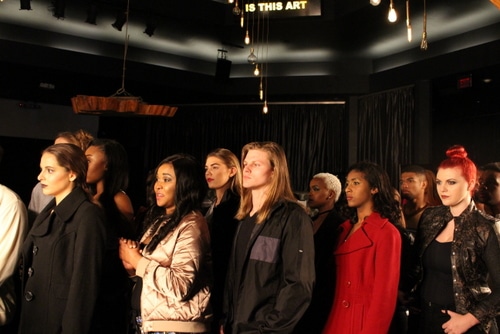 Models wear the coats they purchased to be donated to the flood victims of Louisiana. At the 2017 Coastal Fashion Week stop in New Orleans at Eiffel Society on January 17th. (Photograph by Kameron Hay)

Jerome Green Jr. was one of the local models who was excited to be able to combine something he’s passionate about with philanthropy that would give back to his city.

New Orleans was the second stop for the 2017 Coastal Fashion Week. It ended in Pensacola, Fla. On Jan. 22. 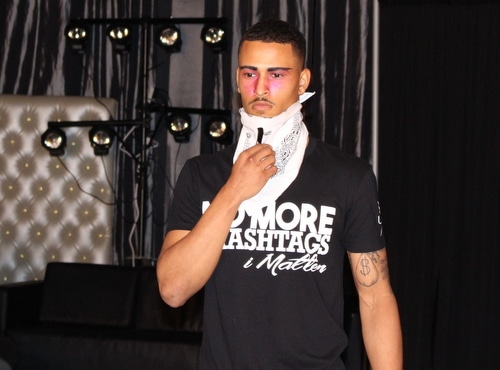 A model wearing Un-U Luxe designs on the runway during the 2017 Coastal Fashion Week stop in New Orleans at Eiffel Society on January 17. (Photograph by Kameron Hay)