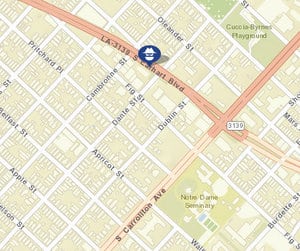 The owner, a 40-year-old man, was counting the money behind the counter inside the restaurant in the 8300 block of Earhart around 9:25 p.m. Monday, Oct. 17, when an armed man entered, according to the initial NOPD report. The gunman demanded the cash from the register, so the owner handed over $300 and the intruder left, the report states.

The suspect was described as a black man wearing a black hat, a gray hooded sweatshirt, black jeans and black gloves, the report states.