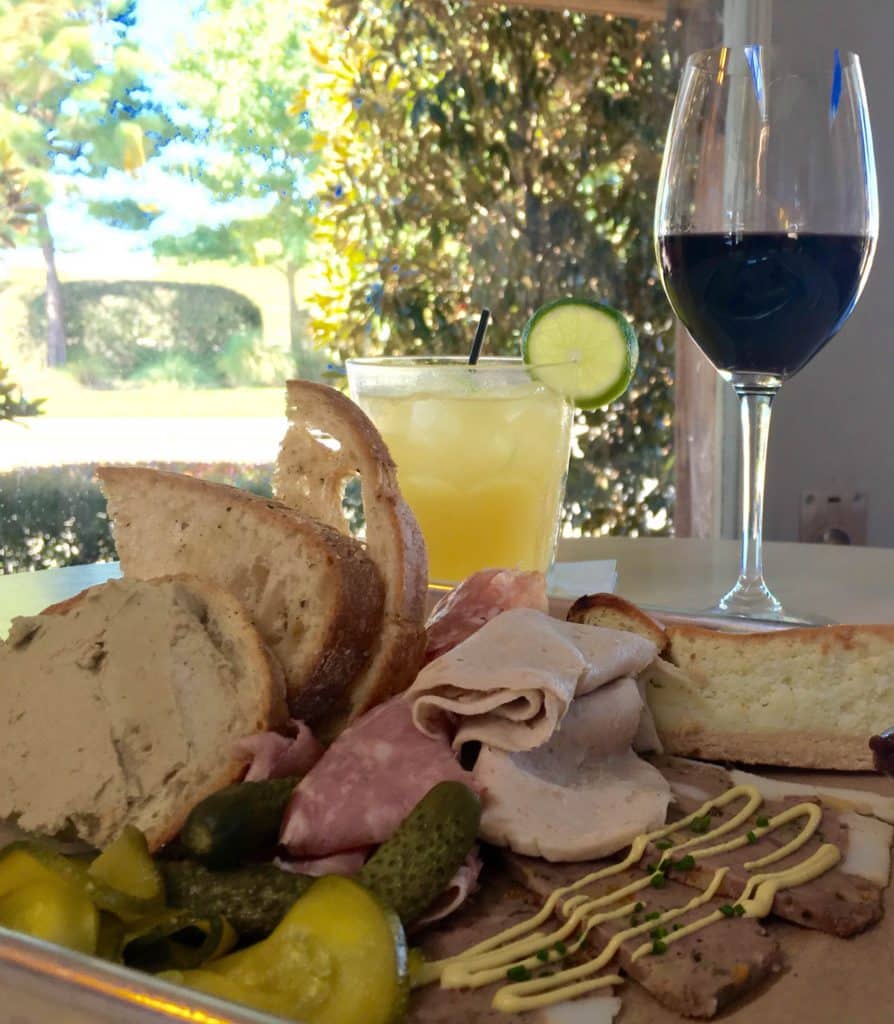 What can one say about a restaurant so fastidious they bottle their own ketchup?

Not just any ketchup: a tomato sauce laced with coriander, cinnamon, thyme, and apple cider vinegar. A ketchup so tasty, I stole a baguette from a gourmet charcuterie board to dip – in ketchup. I’m using italics because this ketchup cannot compare to that bottled red stuff of the Heinz variety. Chef Brack May, formerly of Cobalt, wants people to know that Cowbell is more than just gourmet burgers. It is–a lot more than just burgers. However, no fear, the famous burgers are still on the menu.

While new menu items are now static, the daily specials should still take precedence when ordering. Friday’s special sandwich is the Laurence Fishburger this week and most, it’s a Gulf Redfish and Shrimp burger garnished with Remoulade and Radish Sprouts. It’s a bestseller for good reason. There is also an Ahi Poke Bowl with Sticky Rice and House Made Kimchi. The weekend is also bringing Red Neck Eggrolls of Smoked Pork and Collard Greens with Spicy Apricot Mustard. However, I continue to fixate on the discovery of the new Charcuterie Board, and house-made ‘moonshine’. 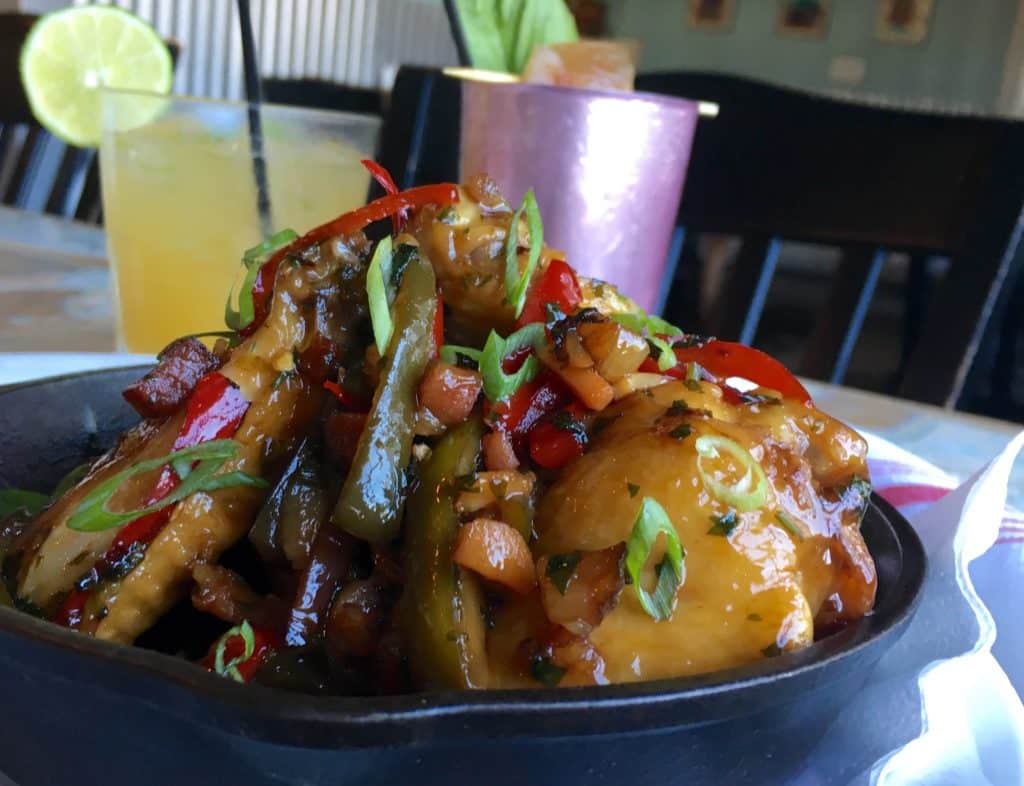 Brack’s father hails from Hawaii, and the menu reflects more than a few island influences. There is today’s special Poke Bowl and the new Wo Fat Hawaiian BBQ Pork Chop, a nostalgic homage to the villain of 70s television’s Hawaii Five-O. The Wo Fat is prepared in a Pineapple Barbeque Glaze and served with Braised Cabbage, Garlic Mashed Potatoes, and topped with a Chinese Mustard Sauce. The chop is thick and hefty. A daily special may or may include a Burger served with Poke Sauce. 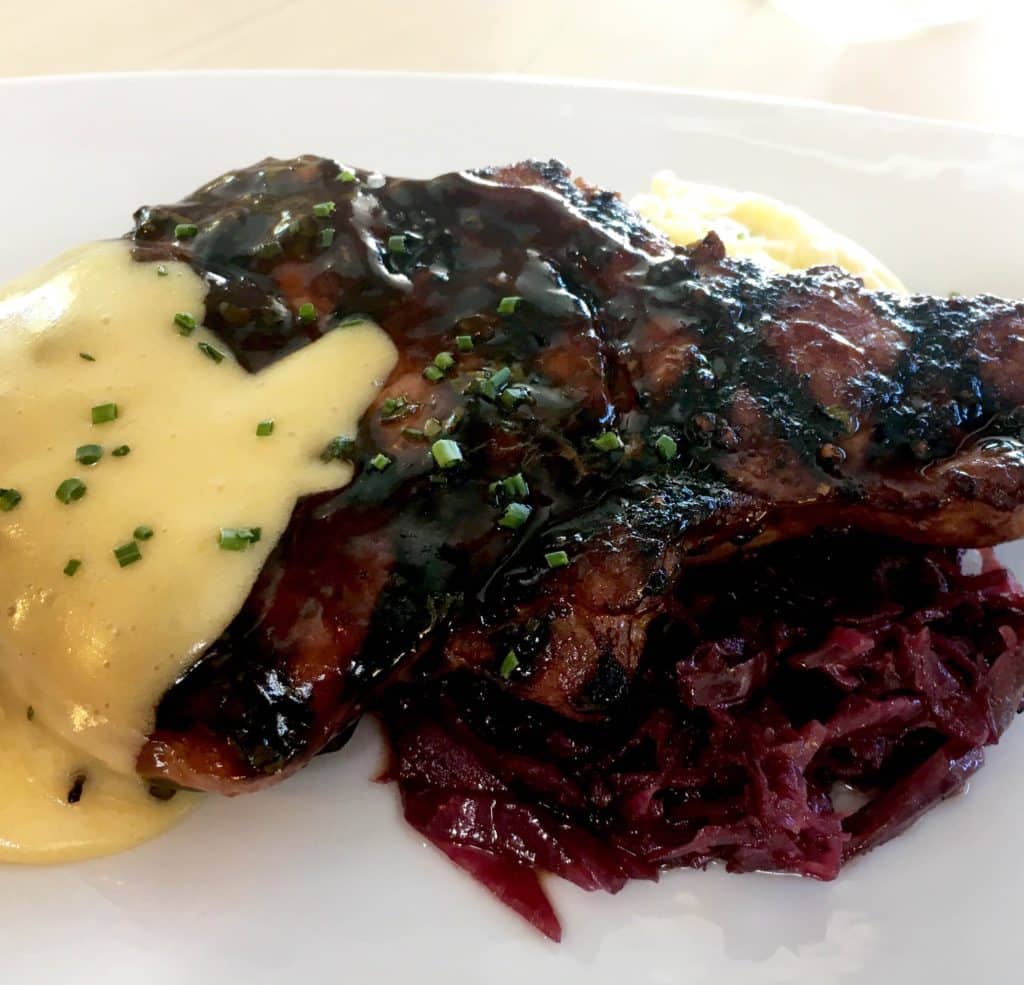 As we head into Fall, there is also the addition of a Natural Angus NY Strip finished with Herb Butter, a Gulf Shrimp Twice Baked Potato & Broccoli Rapini. All meat at Cowbell is humanely raised (organic if possible, depending on market). The providence of ingredients is of great import to the Chef and details count. Cowbell is almost its own food house, with Pickled Kirby Zucchini Pickles, Preserves, Ketchup, Agogo Sauce, Mousses, and Terrines on a constant production rotation.

Chef May considers Cowbell an ode to California restaurants like the famous Mustard’s Grill of Napa, a “deluxe truck stop.” Cowbell is gourmet, yet home cooking, a diner of sorts, casual, but with complex flavor intensity and combinations that are decidedly upscale. 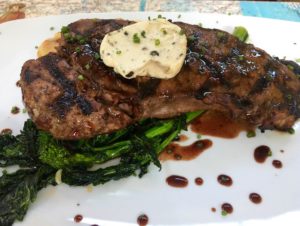