Hot on the heels of the opening of Bar Frances, the tenants in two major new developments on Freret Street are quickly being revealed as signage goes up for a new gelato shop, a pizza restaurant, a veterinarian’s office, a juice bar with an Asian garnish and a women’s boutique.

The building in the 4500 block of Freret — the former location of Frank’s Steakhouse — is already home to the fourth satellite office of the Metairie Small Animal Clinic, which opened in July. Sprout and Press is a juice bar from the owners of Magasin Cafe that will also offer baked goods, noodle dishes and spring rolls, and Piccola Gelateria will open in November with an assortment of all-natural, authentic Italian gelato.

The new buildings in the 5000 block of Freret, the former Weber Garden Center site, will host a women’s boutique called Babe New Orleans, and the latest expansion of the rapidly growing Blaze Pizza franchise. 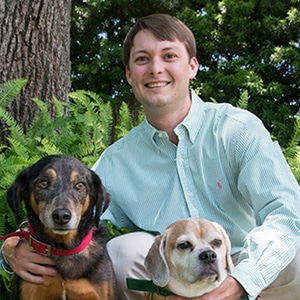 The Metairie Small Animal Clinic opened their Freret location on July 5, said Karl Bilano. Dr. Joe Vaccaro is the main veterinarian there, and he will perform checkups and lab work, Bilano said.

“Pretty much everything we do at this location is outpatient,” Bilano said. “All our procedures or surgeries are at our main location on Metairie Road, and our boarding is there too.”

Also on site already — in a sense — are the owners of Piccola Gelateria, Ross and Ria Turnbull. While the shop itself won’t be open until November, the couple moved into an apartment upstairs so they could be close to it when it opens.

Sarajevo native Ria Turnbull is a hotel marketing executive, and Ross Turnbull, from Canada, has been a chef for 35 years in locations across Europe and Hawaii, mostly in French and Italian cuisine but with training under Japanese chefs later in his career. Opening the gelato shop is the culmination of a shared dream, they said — and Ross even returned to Italy this year for more training in gelato.

“Our dream has always been to have our own place,” Ria Turnbull said. “We always thought of upstairs living and a downstairs shop, and this one has become a reality.”

Their gelato will have no preservatives, artificial colors or ingredients, and will come in both classic Italian flavors as well as more modern experiments: pistachio, hazelnut, tiramisu, nutella, strawberry, seasonal berries, bananas foster, chocolate, strawberry basil, lemon mint, and even savory selections such as parmesan, avocado and gorgonzola. They also will have cannoli, gelato cakes, crepes, high-end La Marzocco espresso from Florence, and other daily surprises on the menu, they said.

“Ross dreams up anything and everything,” Ria Turnbull said.

Next to Piccolo Gelateria will be Sprout + Press, a cold-pressed juice shop from Magasin Cafe owner Kim Nguyen. It will emphasize healthy eating in an aesthetically appealing environment, but will expand well beyond the boundaries of a typical juice shop, she said.

“This location will not have a sole focus on just your ordinary cold-pressed juices, but just about everything in between,” Nguyen said in an email to Uptown Messenger. “We will be rolling out the juices, coffee, fresh salads, and our new favorite, fresh baked goods. On the heavier side, Sprout’s menu will also offer our modern-day Asian favorites — spring rolls and noodles.”

A little ways away in the 5000 block, Babe New Orleans is a contemporary women’s boutique opening in October, said owner Jessy Jacobs. While their may be a few men’s items in the store, Babe will primarily focus on the full range of women’s clothing — shoes, lounge wear, active wear, and cocktail dresses. The store will blend well-known brands with other items Jacobs has personally selected, she said.

Jacobs, a New Orleans native and Newman alum, said she has spent years working in both high-end retail shop in Aspen, Colo., and the back-end of corporate retail to learn the business, and still does her buying in New York and Los Angeles following those experiences. Prices, she said, will range from $40 to as high as $750.

“It’s not only expensive things, and not only really cheap things — it’s a good mix,” Jacobs said. “I really want people to know it’s not just one group of people. I style someone in her 50s the same time I’m styling her daughter.”

Blaze Pizza is a chain founded in 2011 in Pasadena, Calif., with more than 100 restaurants across the country, including one in the Central Business District. The chain offers a Chipotle-style approach to pizza, allowing customers to design their pizza in line and then have it “fast fired” in about three-minutes in an 800-degree oven.