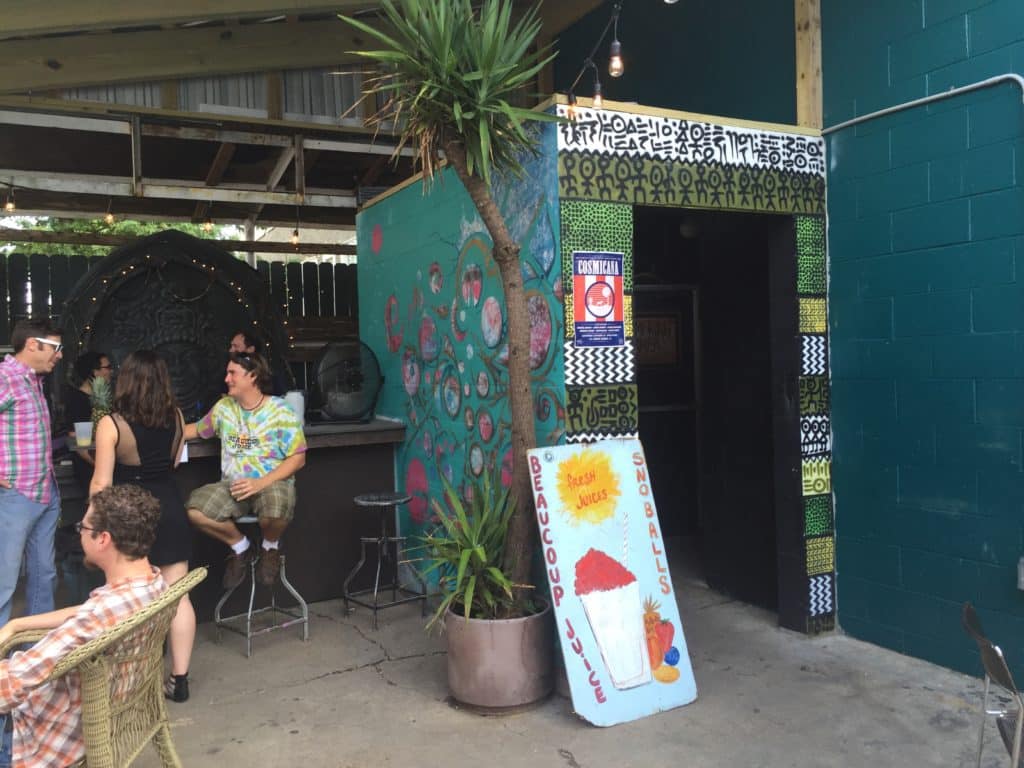 Gasa Gasa teamed up with Beaucoup Juice to launch its newest attraction this weekend with the opening of Sonic Juice.

Gasa Gasa, Freret Street’s music and arts venue, opened the juice bar in its courtyard with drinks from Beaucoup Juice. The local juice bar and smoothie shop recently closed its storefront on Freret Street. The company stays in business by catering private events and festivals. The new courtyard juice bar is called Sonic Juice and offers alcoholic and nonalcoholic beverages including sno-balls, daiquiris made from fresh fruit, and other frozen and non-frozen options.

“We want people to have a place to come and have the highest quality frozen and fresh fruit drinks, like you would have if you were sitting at a tiki bar on the beach,” said Dylan Williams, who owns Beaucoup Juice and now works as the daytime manager of Sonic Juice.

Williams said he began making juices almost 10 years ago, and is excited to bring his favorite recipes to a new project. According to Williams, Gasa Gasa and Beaucoup Juice have been developing the idea of a partnership for about three months.

“It’s a good strategic partnership. [Beaucoup Juice] gives us a great product, and we provide the space and the staff,” Love said. 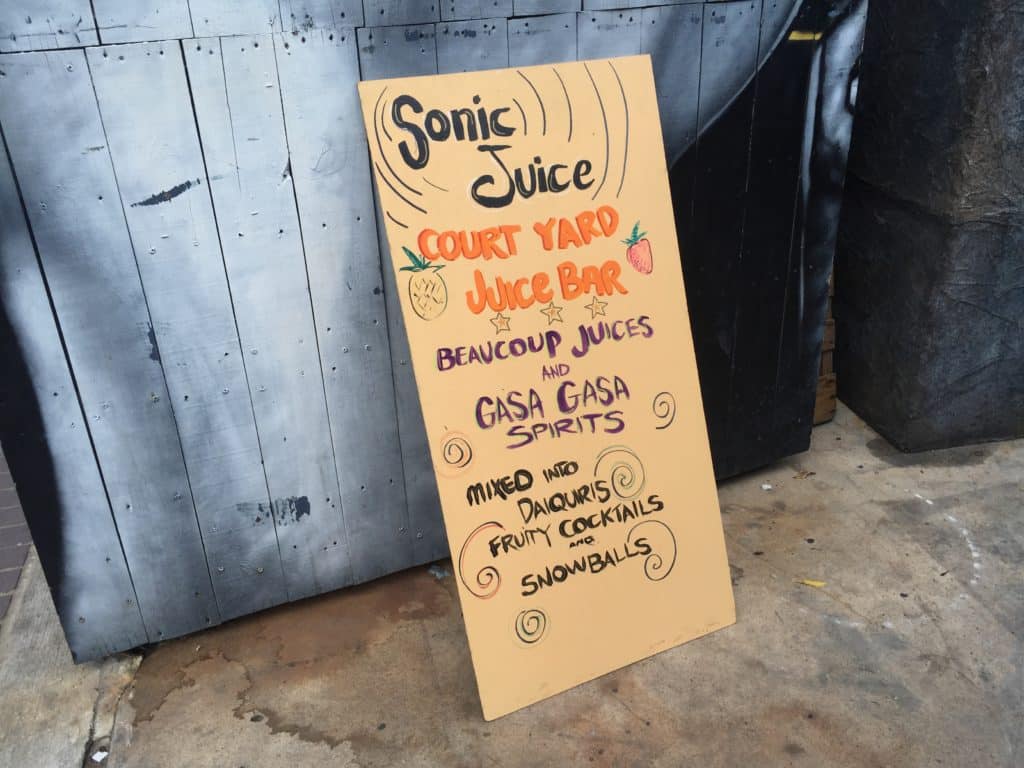 Sonic Juice will be open Friday through Sunday from noon until later in the night. Hours will vary depending on music show times, and it may be closed during private shows.

Matt Rota is a musician and the banjo player in Williams’ band. He is looking forward to playing regular gigs at the new space.

“It’s really cool. There aren’t a lot of places that have the good juice to go along with the liquor. It’s kind of a different atmosphere than your fancier juice bar,” said Matt Rota, a musician who plays at Gasa Gasa.