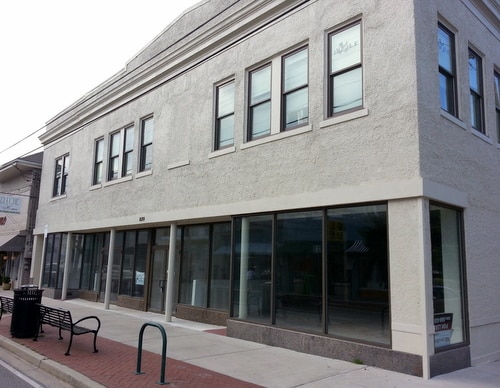 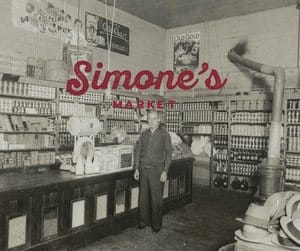 Simone’s Market, a new specialty neighborhood grocery store focusing on Louisiana products, is planned to open in October in a vacant building on Oak Street, and the owners will appear before the city next week seeking permission to sell packaged alcohol there.

Simone Reggie, co-owner of the grocery, is a Lafayette native who moved to New Orleans for the Tulane MBA program. She worked for the John Besh Foundation aiding local farmers with microloans, co-founded the Cleaver & Co. butcher shop, then helped launch the Good Eggs farm-fresh delivery services in the city.

All that experience was contact with local farmers, Reggie said, will provide the basis for the offerings at Simone’s Market at 8201 Oak Street. While she awaits final engineering plans for the building, she has been revisiting all her old contacts to taste their products, such as Poirer’s cane syrup (“the most amazing syrup you’ve ever tasted,” she said) and her favorite sausage makers.

“I want to be able to honestly say I’ve tasted every single product that goes into the store,” Reggie said. “There’s all these great artisan home bakers that I want to use too. Being able to work with all those producers again, I missed them. They were a huge part of my life.”

The market will also have a deli and feature prepared dinners with catering options, and a full assortment of regional and national foods to ensure customers can find everything they need, Reggie said. The prepared dinners will likely include soups, pastas, and seasonal dishes, she said, and business hours will be 8 a.m. to 8 p.m. seven days a week.

The final build-out for the 3,000 square foot building should be relatively simple, Reggie said, and she hopes to open by October, before the next Oak Street Po-Boy Festival.

Technically, the only permission Reggie needs from the city in order to open is a permission to sell alcohol, and she is scheduled to appear before the City Planning Commission on Tuesday (Aug. 9) to request it. As part of the process, she recently held a neighborhood meeting that drew 45 people, all excited for the project, offering support and welcoming her to the neighborhood.

“You have our complete support. We have been hoping for exactly this type of business to move onto Oak Street,” wrote neighbor Susan Yerger in an email included with the Simone’s Market application. “I am already dreaming of getting home and heading straight to Simone’s to pick up a prepared supper item or what I need to cook a dinner with a bottle of wine.”

The only concern neighbors have voiced about Simone’s Market is a lack of off-street parking along the popular Oak Street corridor. Reggie said that she personally has no problem parking within a block of the building when she goes to work, and that there simply isn’t any way to provide off-street parking in that location.

“The focus of the grocery is for the neighborhood to be able to walk to a market with high quality groceries,” Reggie wrote in her application.

The city planning staff agrees, as businesses of less than 5,000 square feet on Oak Street are not required to provide additional parking. Simone’s Market is unlikely to draw much more traffic than any other retail businesses occupying the same space, and the presence of packaged alcohol at the grocery would not affect traffic levels at all, the report concludes.

“The proposed retail store would most likely not be a regional destination because of its relatively small size and would not be the reason for increased traffic or congestion on the surrounding streets,” the city planning staff writes. “The subject of this application, the retail sales of alcoholic beverages, would not significantly increase vehicle trips compared to the sale of other retail goods if the retail store did not sell packaged alcoholic beverages.”

Ultimately, the city planning staff is recommending approval of the Simone’s Market alcohol request, with a few standard conditions to ensure that alcohol sales remain limited in the future to the proportion expected of a grocery store — no more than 15 percent of the merchandise on sale — with no outside signs advertising it.

“The staff believes the inclusion of retail sales of packaged alcoholic beverages at this location would not interfere with the goals of the Master Plan,” the report reads. “Additionally, the staff believes if the use is responsibly managed, the impacts of its operation will not be particularly offensive to properties in the vicinity of the subject site.”

The City Planning Commission meets at 1:30 p.m. Tuesday, and its recommendation will be subject to final approval from the New Orleans City Council.