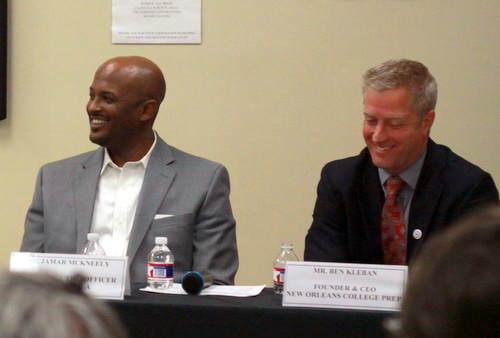 Ben Kleban, the founder of the New Orleans College Prep network of charter schools, is now the unopposed candidate for the open Uptown-based District 5 seat on the Orleans Parish School Board after his lone opponent withdrew from the race.

Current District 5 OPSB member Seth Bloom announced shortly before the qualifying period that he would not seek re-election, and Kleban and political activist Eldon Anderson were the only two people who filed to run for it. Anderson is now listed as having withdrawn from the race, according to the Louisiana Secretary of State’s website, and Kleban is listed as unopposed.

“I am honored and thrilled about the opportunity to continue my service to the children and families of New Orleans in an even broader capacity as an Orleans School Board Member,” Kleban wrote Monday night in a message to supporters on Facebook. “I appreciate the overwhelming support I’ve received from a broad and diverse cross section of the community, and I am so excited about what we can accomplish together for the children of our great city.”