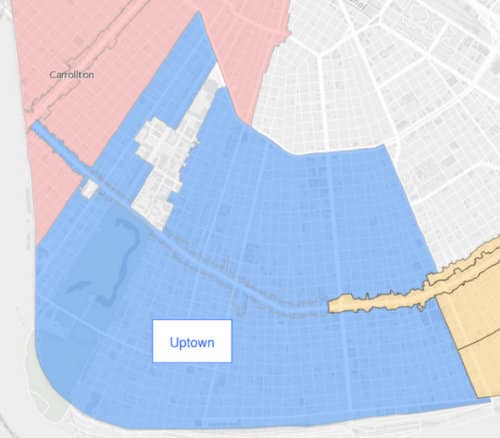 The boundaries of the proposed Uptown historic district are in blue. (via City of New Orleans) 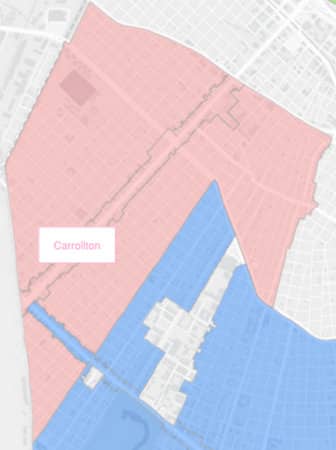 The boundaries of the proposed Carrollton historic district are in pink. (via City of New Orleans)

The City Planning Commission gave an initial hearing Tuesday afternoon to a proposal to create historic-district protections to much of Uptown and Carrollton, and will make a final recommendation to the New Orleans City Council next month, officials said.

For years, New Orleans’ historic districts have been governed by two different city agencies, the Historic District Landmarks Commission in the most “sensitive” areas such as the Garden District, and the Neighborhood Conservation District Advisory Committee in most other historic areas, including much of Mid-City and Uptown. Seeking to end the overlap and consolidate the two boards, Mayor Mitch Landrieu has proposed absorbing much of the NCDAC territory into the HDLC and then ending the NCDAC, and last year appointed a “study committee” to specifically evaluate how that would affect Uptown.

After several meetings, that committee voted to recommend the creation of two new historic districts — one governing Uptown and one governing Carrollton, but not including the Tulane or Loyola campuses. For most of the Uptown and Carrollton areas, the HDLC would govern only demolition requests. For properties along St. Charles Avenue or Carrollton Avenue, however, the HDLC would have full control over demolition, new construction and renovations.