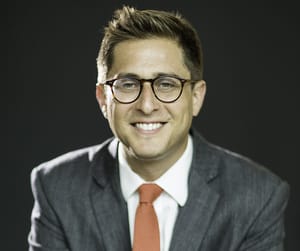 Seth Bloom, who has represented a large swath of Uptown on the Orleans Parish School Board for eight years, will not run for re-election this fall, he announced Tuesday evening — leaving his seat open a day before candidates begin qualifying for the election.

Bloom announced his decision shortly after 5 p.m. Tuesday as the evening’s meeting of the Orleans Parish School Board began.

“In thinking about the future of the board, I have also spent time thinking about our work and the progress we’ve made as a school board. It was in this reflection that I began to think about the direction we are moving and how the board, the district and the city have benefited where there is diversity of opinion and perspectives,” Bloom told the members of the board, and an audience of a few dozen people. “It is time for me to afford someone else the chance to work with, learn from and contribute to our community.”

Bloom, the managing partner at Bloom Legal LLC Seth Bloom, was re-elected as OPSB president in January. He was considered to be a key member of the team who hired Supt. Dr. Henderson Lewis, Jr., and was part of the advisory team that gave education recommendations to Gov. John Bel Edwards as he was transitioning to governor.

During his tenure, Bloom also helped the OPSB gain one of the highest bond ratings in the state of Louisiana and acquire a “robust” fund balance, giving a “strong financial foundation for the future,” he said at the meeting.

Bloom called his service with OPSB a rewarding experience for his personal life and his career, and said he looked forward to working with the board and its allies when he focuses on his next passion: criminal justice reform.

“These accomplishments are incredibly satisfying,” Bloom said. “But in choosing to serve, it was I who gained so very much.”

Bloom said he didn’t yet have any “specific plans” to share regarding his career shift, but emphasized that city work remained important to him.

Nolan Marshall and Sarah Usdin were among the board members to praise Bloom after he made the announcement. Marshall called Bloom “steady and consistent,” while Usdin said his accomplishments were “remarkable.”

“I learned so much from you,” Usdin told him.