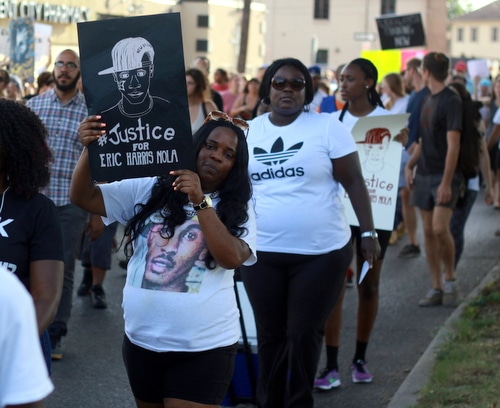 The mother of Eric Harris, who was shot to death Feb. 8 by Jefferson Parish deputies, marches with a sign demanding justice for her son following a rally in Central City on Friday. (Robert Morris, UptownMessenger.com)

Exactly five months ago, while Lundi Gras parades rolled just a few blocks away, the street outside Thaunta Kirk’s front door rapidly devolved into bloody chaos after 22-year-old Eric Harris crashed into a utility pole and Jefferson Parish deputies shot him to death while he sat in his front seat.

On Friday, Kirk watched a very different scene unfold from her Phillip Street porch — a large group of people from all walks of life gathered not only to remember Harris, but to demand accountability from the police system that killed him.

“It’s touching. This is what I always wanted to see, blacks and whites coming together,” Kirk said.

Numerous questions surrounding the circumstances of Harris’ death remain unanswered. Jefferson Parish officials said their deputies had chased Harris after a confrontation at a Westbank mall involving a gun, and that they fired on Harris’ vehicle after the crash because it started moving toward them. Harris’ girlfriend has disputed that he tried to reverse the car toward him, and New Orleans police officials have said the shooting would have been at odds with their use-of-force policy, which prohibits firing on a moving car unless another deadly weapon is also being used.

But just as important as the specifics of the Harris case are the larger systemic problems it represents, said Angela Kinlaw, an activist who led much of Friday’s rally. Harris was the 20th black man killed by police officers in 2016, according to the Washington Post, and since then 95 more black men around the country have been killed as well — including this week Alton Sterling in Baton Rouge and Philando Castile in St. Paul, Minn., the videos of whose deaths have reignited national protests over race and policing.

“This is not an isolated incident. These are things that are all connected, part of a long history of state sanctioned violence against black people,” Kinlaw said. “It’s modern-day lynching.”

Harris’ family members attended the rally with signs and shirts featuring his image and stood next to Kinlaw for much of the rally, but did not speak themselves. Kinlaw praised them for their perseverance in seeking justice for their slain loved one, not only just for him, but for everyone else whose needless deaths could be prevented.

The growing protests, she said, are a visible sign that consciousness in the country is changing. As more people participate of all races, they will have more chances to speak with others who haven’t realized the full extent of the problem yet. And as the crowds grow larger, more people who were previously intimidated into silence will raise their voices.

“We’re not here because our goal is to organize around death. We’re here to organize around the preservation of life,” Kinlaw said. “The only way that we can do that is by having courage. When one or two people have to stand up, it’s hard, because they’re standing alone. … But it does create change. When people see us marching down these streets, they will be reminded that it is OK to be courageous, to stand up what you believe in.” 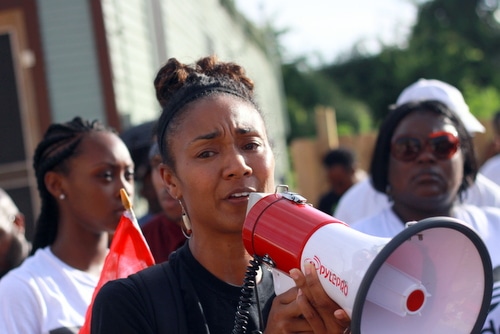 While the nation was still adjusting to the shock of the videos of Sterling and Castile’s deaths, a sniper killed five police officers who were attending a #BlackLivesMatter rally in Dallas and wounded six others. Although that event has drawn condemnation sympathizes of the #BlackLivesMatter movement all the way up to President Obama, some activists on Friday said the shooter’s rage at the police system was understandable.

“The police are in our community as an occupation army. They are not here to serve you. They’re here to keep you in your place,” said Malcolm Suber. “We have got to stand up and say we are tired of you being on our backs. Therefore, we understand why Xavier Johnson, this brother over in Dallas, did what he did.

“They’re asking us to feel sorry for those cops in Dallas. We don’t like for people just to be killed for no reason, but we do understand the reason,” Suber continued. “This brother set back and saw these murders, and that was the straw that broke the camel’s back for him. We’re not going to join the chorus of people denouncing this brother. We understand. We may not do it ourselves, but we do understand.”

As the rally proceeded on Phillip Street — before heading down to Lee Circle in the blazing late afternoon New Orleans sun — Kirk did not comment on the statements about Dallas. Instead, she merely offered hope that the unity she saw replacing the crime scene would take deeper root in her city and country.

“My hope is that black lives matter, and just generally that everybody’s lives matter, black, white, Hispanic. It’s time for everybody to come together and love one another,” Kirk said, as two small children played at her feet. “I pray for change every day.” 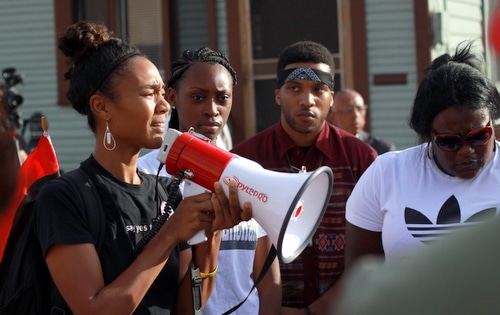 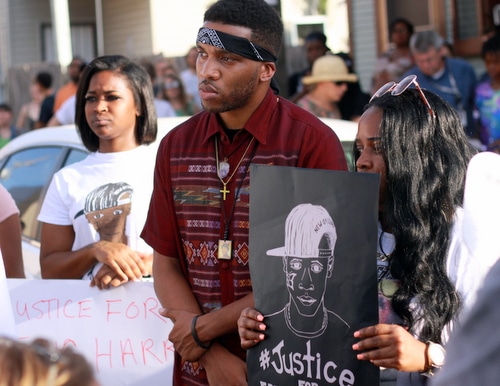 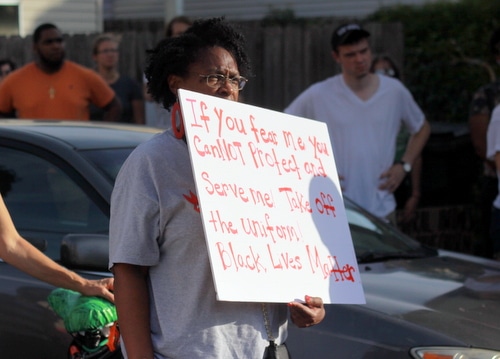 A protester holds a sign during a rally demanding justice for Eric Harris. (Robert Morris, UptownMessenger.com) 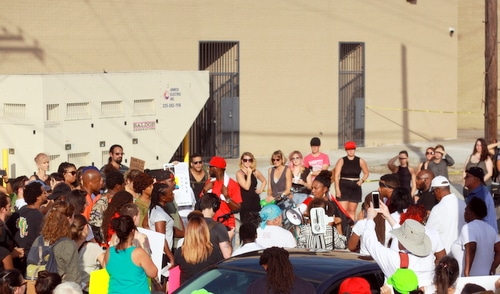 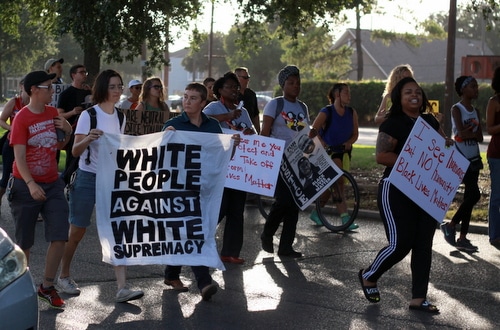 Protesters carry signs as they march toward Lee Circle during a rally demanding justice for Eric Harris. (Robert Morris, UptownMessenger.com) 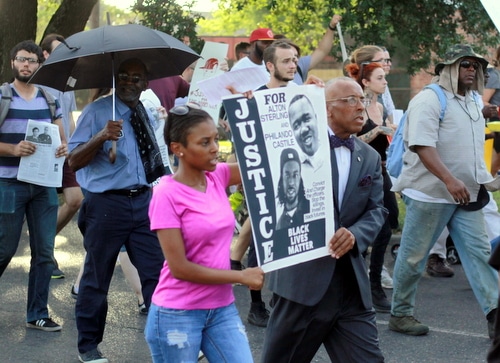 Protesters carry a sign as they march toward Lee Circle during a rally demanding justice for Eric Harris. (Robert Morris, UptownMessenger.com)

Made it to Lee Circle and the crowd is beautiful pic.twitter.com/3ncIIqpXOX