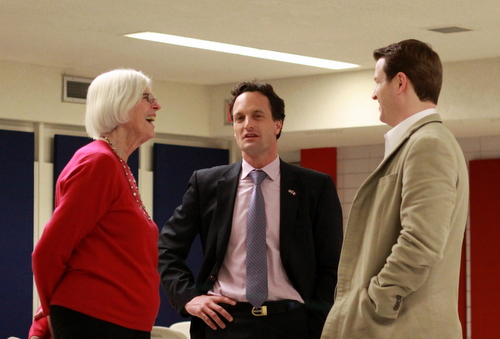 The Lycée Français de la Nouvelle-Orléans governing board created a formal policy Monday night banning any parents or grandparents of current students from serving as board members, causing the abrupt departure of one of their own in a contentious end to a long-running conversation over the best model for the school’s leadership.

The terms of three current board members — Ben Castoriano, Mary Jacobs Jones and Ann Meese — were up for renewal Monday (June 27), which triggered their recent review by the school’s nominating committee. The committee recommended returning Castoriano and Jones to the board for an additional term, but deadlocked in a 2-2 vote over whether Meese should receive another term, committee chair Jeff Teague told the board.

Meese’s qualifications and conduct were not in question, Teague said. At issue instead was an unwritten but widely acknowledged disinclination of the school community toward allowing any parents to serve on the board, dating back to the massive leadership turnover of 2013. Since Meese’s first appointment to the board that year, a grandchild of hers has become a student at the school — raising the questions of how concrete the prohibition against parents on the board actually is, whether it should apply to grandparents as well, and whether it applied to renewing board terms, rather than just new members.

“We were very unanimous that there had not been any conflicts [regarding Meese],” Teague said. “But we need more guidance, or a policy to move forward. The question isn’t one specific person. It could be somebody else tomorrow.”

At Lycee, whether parents or grandparents should be allowed on the board has drawn a sharp response from the school community since its leadership conflicts in 2013. The entire board was replaced that year, with parents pointedly excluded from any consideration as new members, and even applicants discovered to be grandparents were removed from consideration as well. When the topic of possibly allowing parents on the board has occasionally arisen since then, it has continued to draw a sharp response, even as the school has otherwise stabilized.

Castoriano, who serves on the nominating committee himself, said that he hadn’t expected Meese’s grandchild to be an issue, and was surprised by the passion the issue provoked among the other nominating committee members at their recent meeting so many years after the leadership turnover.

“Even now, there was serious concern about the perception of having anyone who is parent or grandparent,” Castoriano said. “Can we extrapolate that to the whole parent population?”

Teague said the nominating committee’s hope was for the board to determine with more certainty how to handle the issue in the future, so board member Tim Gray offered a motion to discuss such a policy Monday night. The three parents in the audience (and the reporter from Uptown Messenger) suggested that because the controversial policy issue wasn’t included on the agenda for Monday’s meeting, it should be deferred until it could receive substantial advance notice to the public, but Gray and the other board members said it was important to make a decision and move forward Monday night.

With that, Gray said — on the general policy itself — he believed the desire of most of the school community was for there to be no parents or grandparents on the board, so they should be disqualified from service. After some discussion about whether grandparents should be included in that prohibition, Gray’s suggestion received unanimous approval from the board — but protest from the three parents present about its implications for Meese.

“It’s not fair to her,” said Paula Griffin, a Lycee parent. “It’s not a law. It’s not a bylaw. I have a problem with adopting it and potentially kicking her.”

“Ann has more experience than any of us, better judgment than any of us and has done a wonderful service on the board, but I would not renew Ann because of the family relationship,” Gray said. “It’s not personal at all, but I think it is in the best interest of the board.”

The board briefly discuss whether to allow some sort of exception allowing Meese to remain for a final term, but after several board members expressed unease with the idea, Meese interjected and ended the conversation herself.

“I accept what you’re saying, and graciously I exit,” Meese said, and left the board meeting.

The board interpreted her departure as a withdrawal of her nomination for re-appointment, and ended the discussion there.

“We will definitely miss Ann, and I hate that she’s not here to hear me say that,” said board chair Alysson Mills.

Meese’s departure would drop the board to seven members, but the nominating committee also recommended the addition of two new members, financial analyst David Amoss and real-estate consultant Margarete Wabnig. Both were approved unanimously.