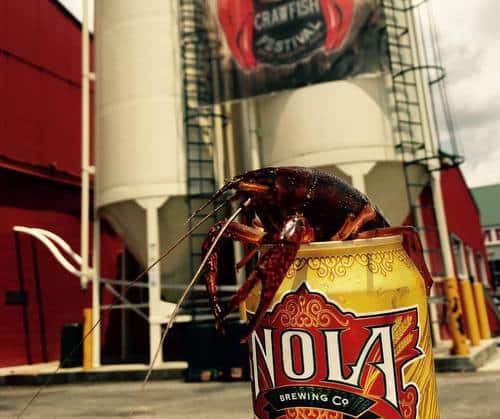 A promotional photo from the recent Crawfish Festival at NOLA Brewery. (via NOLA Brewery on Facebook)

NOLA Brewery won initial approval from city planners recently on its plan to add a permanent space for live music in its new taproom area.

The brewery finished construction on the taproom in 2015, and already plans 12 live-music events per year in the space, said NOLA Brewery owner Kirk Coco. But each of those events require a special-events permit, so the company is asking the city for a conditional-use permit to make live music a regular feature at the property.

“We’re more than willing to do whatever additional things they want us to do with the space,” Coco told the City Planning Commission last week. “We’d just like to be able to play live music.”

Coco’s support drew no opposition at the meeting. Mark Redding of the the Irish Channel Neighborhood Association said the group is finalizing a good-neighbor agreement with Coco that should be finished within a month’s time.

“We think he’s a pretty model business,” Redding said. “He does support a lot of not-for-profits in the neighborhood, and supports our neighborhood organization.”

The request also had the support of the city planning staff, which noted that there are only limited residential uses nearby. The staff recommends 17 fairly standard conditions, such as submitting a detailed plan for controlling security, noise and litter, and Redding said those provisos appear to cover most of neighbors’ concerns already.

The Commission voted 5-0 in favor of the request, sending it to the City Council for final approval.