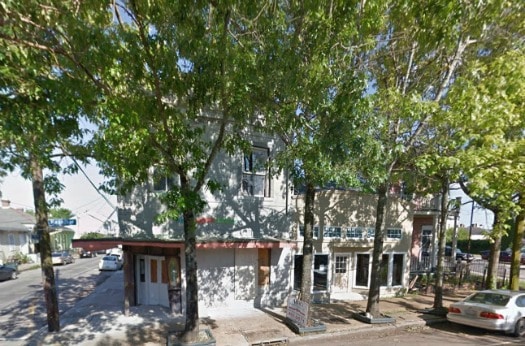 A member of the Barq family plans to open an ice cream and liquor store on 1302 Magazine Street (Google Maps).

Hillary Barq, a member of the family that invented Barq’s root beer, is planning to open a combination ice cream parlor, high-end wine and liquor store and café on Magazine Street, she announced at a Coliseum Square Association meeting Monday.

Some say Barq’s dream is delicious, but it could also be a pie in the sky, according to several neighbors. First, as she explained, she must convince the city to grant permission for her to sell off-premise packaged liquor.

To that end, she had come to the neighborhood organization for support. Although several said they wished her success, they expressed trepidation about another project involving liquor in an area inundated with bars – leaving Barq to convince them of her commitment to the neighborhood and its residents’ wellbeing.

“I really hope you let us have it,” Barq said about her proposed business. “I’m in it for the long haul. This is my literal child.”

On Monday, Barq described plans for the newly renovated shop on 1302 Magazine Street, the name of which is “still a secret.” She called it “absolutely beautiful,” with an in-house restaurant that will serve fresh-squeezed juices, specialty cheeses, poboy-like sandwiches and homemade biscuits made daily on a cast iron griddle, served alongside bottles of fresh buttermilk.

The centerpiece ice cream shop will feature 10 flavors, six of which will based on the community’s input, and will be made from grass-fed Jersey cows from a dairy farm in Mississippi, she said.

“It’s high fat, so it is really good,” Barq said about the ice cream, adding that all the other ingredients for the flavors will be “locally sourced.”

Barq, who is a self-described sommelier, is also hoping to also sell packaged liquor and carefully sourced, rare wines, along with wine openers, glass stemware, martini shakers and different fromage and sommelier boards, sold ready to go, she said.

On Monday, she brought with her Dylan Morgan, a man she described as a “mastermind” and mixologist. Together, they explained their vision for how a liquor store would fit into an ice cream store and café that sells two types of coffee and six or seven sandwiches, at least one of which would be seasonal, and change based on availability of all-local ingredients.

“On premise consumption, that’s not going to happen,” Morgan said. “We’re not going to try and bring another watering hole to the neighborhood.”

As he and Barq explained, they want to be the go-to source for those who go to a nice restaurant and have a great drink or glass of wine, but don’t want to have to go out every time they want to replicate the experience, or pay exorbitant amounts of money in mark-up fees.

“A lot of the wines I have a partiality to, they’re very hard to find,” Barq said. “I’m not going to buy them at a restaurant because I know they’re overpriced.”

To that end, she promised neighbors they could seek out their favorite hard-to-find wines, and she would only charge a “marginal” mark-up fee. She would also sell high-end liquors, and Dylan would teach Coliseum Square neighbors how to make the “perfect martini” or “perfect Manhattan” without ever buying a drink in the store.

Although customers wouldn’t be allowed to drink booze in the building, many members of the neighborhood association expressed concern about the location of the proposed store, its proximity to local schools and the number of bars and other liquor shops that already proliferate the area.

After much discussion, the board ultimately asked Barq to sign a good neighbor agreement, promising not to sell any open containers, including single beers.

The board also wanted her to agree not to sell her store to an establishment that already does serve open container alcohol on-site, since land use changes are done by location, not by the person applying. As the board explained to Barq, it could easily become a less regulated liquor store under a new owner, should Barq leave.

Jim McAlister, a 67-year-old construction manager, was among those who were not in favor of another store that sells liquor in his neighborhood. At the meeting, he asked if she would consider opening her business without the liquor store element.

“I though it was a great idea, and I hope she does well with it,” McAlister said about the restaurant and ice-cream shop. “I’m just not in favor of the alcohol part.”

Others, however, said they would be willing to support Barq’s endeavors, as long as she remained true to a good neighbor agreement.

“It appeals to everything,” said Chris Jones, the 32-year-old owner of Felicity Church. “I’d like to get some ice cream and cocktails.”

On Tuesday, Barq spent some time convincing neighbors she was dedicated to the health of the neighborhood. To that end, she said she would support schools in the neighborhood by hosting events at her shop, offering field trips to meet the dairy cows in Mississippi and giving out free scoops for students who make the honor roll.

“I would really have that student-owner approach to it,” Barq said.

She also said she didn’t ever plan to sell her business. Rather, the 23-year-old told neighbors she “planned to grow old with it,” so she could keep a watchful eye over how the store is run.

Barq couldn’t give neighbors an opening date because of the uncertainty surrounding her zoning change application, but said she’d like to open by the beginning of summer.