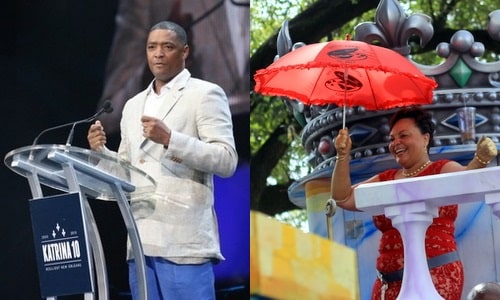 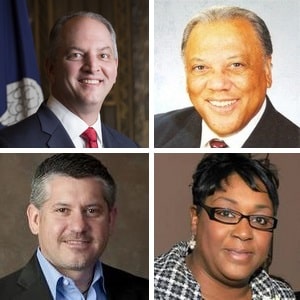 As Saturday’s Democratic primary approaches, the majority of Louisiana’s superdelegates have already committed to cast their ballots for former U.S. Secretary of State Hillary Clinton, based on interviews conducted this week.

Louisiana will send a total of 59 delegates to the Democratic National Convention in Philadelphia in July, but only 51 will be allocated through the results of Saturday’s voting. The remaining eight are assigned to specific Democratic party officials, many of whom are based in New Orleans.

Gov. John Bel Edwards is a superdelegate based on his election to governor, but he has not announced a commitment yet, and his staff said his week they did not know whether he planned to do so prior to Saturday’s primary.

“He is focused on solving the state’s historic budget crisis, which has been his top priority since he was sworn into office,” said Shauna Sanford, the governor’s press secretary.

U.S. Rep. Cedric Richmond is also a superdelegate based on his office, and has been actively campaigning for Clinton for months. Back in December, for example, Richmond was stumping for Clinton in South Carolina, which later proved to be a key victory for her.

Another prominent supporter of Clinton is state Sen. Karen Carter Peterson of New Orleans (chair of the state Democratic party), who hosted a debate watching party for the Clinton campaign back in December.

Orleans Parish Clerk of Court Arthur Morrell is the state’s official Democratic National Committeeman, and has committed to Clinton — just as he did in 2008 as a pledged delegate, before Clinton released her delegates to vote for Obama.

“I like Bernie [Sanders, Clinton’s primary opponent]. I like him very much,” Morrell said in an interview this week. “[But] I have to look at what we’re looking forward to for the future, and I’m looking for someone who can be elected nationwide. I’m more comfortable and satisfied that [Clinton] could do all that’s necessary to be a good President.

Deborah Langhoff of New Orleans, the state Democratic National Committeewoman, has also supported Clinton for years, and will continue to do so this year, she said this week. She, too, had praise for Sanders — especially as compared to the fracturing Republican field.

Arlanda J. Williams, a Terrebonne Parish councilwoman, also serves as the president of the National Democratic County Officials, from which she receives superdelegate status. She said she officially signed up with the Clinton campaign in December.

“Clinton has the experience,” Williams said. “Sanders is putting out plenty of good things he would like to do, but how it is going to get done is the question. I think the experience is there, and that’s what I think we need for the growth of the country.”

Shane Riddle, an official with the Louisiana Association of Educators, also serves as the vice chair of the state party, which secured his seat as superdelegate. He said that, as a moderate Southern Democrat, he has been a Clinton supporter since her husband won the state in the 1990s.

“Sec Clinton would have been my choice regardless, even though we’ve had some disagreements over the years in regards to education policy. But overall, I think that she’s done a really good job,” Riddle said, pointing to private-school vouchers and some kinds of charter schools. At the same time, Riddle said, he understands Sanders’ appeal, noting that all three of his college-age children support the Vermont senator. “Younger voters feel like they’re not being heard. There could possibly be a revolution that’s happening. It could come back around, especially in my kids’ generation.”

Louisiana’s other superdelegate is Ben Jeffers of Baton Rouge, the state party’s at-large delegate to the Democratic National Committee, but he could be reached for comment this week.

As the national delegate gap between Clinton and Sanders widens, some Sanders supporters have complained that the superdelegate process is skewing the results. In New Hampshire, where Sanders won the popular vote overwhelmingly, he picked up 15 and she picked up 9, according to the New York Times — but Clinton’s six pledged superdelegates from New Hampshire essentially erased the lead Sanders would have gained from the Granite State.

Such an outcome is unlikely in Louisiana, however, for two reasons, said Stephen Handwerk, executive director of the state Democratic Party.

First, superdelegates represent a much smaller proportion of the Louisiana delegation to the Democratic National Convention — 13 percent, rather than the 27 percent in New Hamphire. The rest will be pledged delegates, meaning such a lopsided result as in New Hampshire would be harder to overcome in Louisiana.

“States have larger populations and more congressional districts obviously have more pledged delegates,” Handwerk said. “That’s just how the math works out. … Even if they all went to one candidate, that’s not enough to sway the popular vote away.”

Second — although party officials declined to forecast Saturday’s results — Louisiana Democrats are widely expected to vote overwhelmingly for Clinton, as did other nearby Southern states such as Arkansas, Alabama, South Carolina and Tennessee. Public Policy Polling has predicted, for example, that Clinton will win between 60 percent and 77 percent of the vote in Louisiana on Saturday — meaning the superdelegates preferences likely reflect that of the state’s voters.

Regardless of the projected vote totals, however, Handwerk said it is still important for Louisiana Democrats to go to the polls on Saturday, because the outcome will dramatically change the apportionment of pledged delegates. If a candidate fails to get 15 percent of the vote in a Congressional district, he or she will get no delegates from that district, Handwerk said.

“Anything can happen. The accuracy of polling is circumspect when it comes to where turnout is going to be,” Handwerk said. “If you really care about your candidate, apportionment alone is incredibly important.”

Republicans in Louisiana do not have a parallel process. Even the delegates who receive votes based on their positions are pledged to the candidate who wins on Saturday — perhaps to the dismay of the establishment wing of the party as they have begun actively trying to block an outright win by Donald Trump.

“I think right now the Republicans are wishing they had a few things,” Handwerk said. “Superdelegates are probably one of them.”