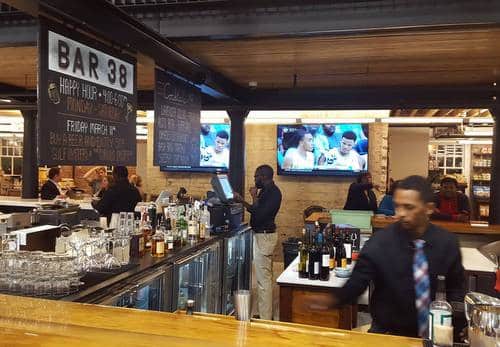 A March 15 photo from the oyster bar area of the Dryades Public Market. (via Facebook) 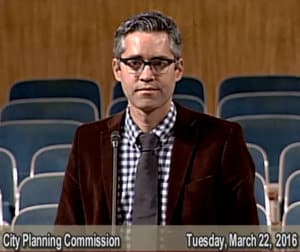 Daniel Momont of Dryades Public Market speaks to the City Planning Commission on Tuesday, March 22. (via City of New Orleans)

The new Dryades Public Market received tentative approval from city officials to add retail alcohol sales to its other offerings, as it prepares for its official grand opening next month.

Daniel Momont appeared before the City Planning Commission on Tuesday, March 22, to request the addition of alcohol sales.

“We’re looking to sell fresh produce at a reasonable price to the neighborhood. That’s why we’re there,” Momont told the commission. “The packaged alcohol component is just the last piece we hope to add.”

The market is already open daily, with sandwich specials, prepared foods and other offerings alongside its groceries. The grand opening is set for Saturday, April 16, Momont said.

The request drew no opponents on Tuesday and passed the City Planning Commission by a vote of 6-0. It heads next to the full City Council for a final decision.