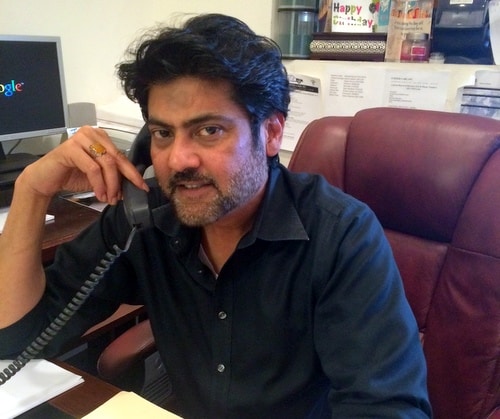 As Uber thrives in New Orleans and Lyft prepares to begin operations here, the leadership at United Cab say they have lost half their business, and are now doubling down to reconnect with the New Orleans customers they have served for more than 75 years.

Since 1938, United has operated 365 days a year except for a month immediately after Hurricane Katrina while their radio service was down. Resourceful drivers quickly began picking up passengers as citizens returned. The New Orleans Tourism Marketing Corporation calls United Cab New Orleans’ only “five-star taxi cab company”.

“We’re a little United Nations of almost 475 team members from all around the world,” said United’s president Syed “Sheriff” Kazmi. “We have driver-owners from Asia, Africa, Canada, Europe, Morocco, and Algeria.” United has long been known for its personal service whether a customer needs a ride downtown or to the airport, a package delivered, a prescription filled or a few groceries picked up. “Many of our loyal customers have been with United for decades. We know our clients, their habits, and their needs,” Kazmi said.

United doesn’t oppose Uber and Lyft and the new technology they bring to the transportation industry but wishes for a more level playing field, Kazmi says. The two alternative companies are not held to the same standards as cabs, Kazmi says. United’s fares are highly regulated whereas Uber drivers are able to increase their fares when circumstances allow, he explained.

“Honestly, our business is off 50 percent since Uber began operating here,” Kazmi says. “Also, the City of New Orleans places many requirements on our vehicles and drivers including background checks, commercial insurance, and special licenses which naturally increases our operating costs.”

Having led United Cab since July 2012, Kazmi was attracted to the company because of its reputation and in-depth training program. United’s 149 driver-owners will select a new 10-person board at their March 15th annual elections which will include lots of food and entertainment. “We will celebrate our years of success and plan for the future,” he said. Once again, Kazmi is running for president unopposed.

“With this new competition from Uber and now Lyft, we’re doing everything possible to keep our drivers and their families going strong,” Kazmi says. “We are working longer hours and more days each week to bring home the same dollars, but we will adapt and thrive in this changing marketplace.”

ELECTORATE DISAPPOINTED IN TRUMP AND CLINTON

Though Hillary Clinton and Donald Trump are currently projected to be the standard bearers for their respective parties in this year’s presidential elections, a new Wall Street Journal/NBC News poll shows that the majority of voters are not really thrilled with either. Trump and Clinton both won Louisiana’s presidential primary last week as well as the primaries in many neighboring states.

Voters believe that, if elected, Clinton would bring little positive change to the nation and that Trump would bring the wrong kind of change. They call the campaign so far a “mess,” a “joke” and a “circus.” The poll also revealed that in head-to-head general election matchups, both Clinton and Sanders would top Trump.

Though still far behind Trump and Cruz in the polls, Gov. John Kasich has now surpassed Rubio and is enjoying an increased positive image in the public’s eye. If Trump fails to arrive at the convention with enough delegates to clinch the nomination, Kasich would be seen as a possible wildcard. He desperately needs to run first in his home state of Ohio on March 15.

The Loyola University Institute of Politics has rescheduled the seventh annual Ed Renwick Lecture featuring New Orleans-based national political consultants James Carville and Mary Matalin for Wednesday, March 30 at 7 p.m. at Loyola University’s Nunemaker Auditorium, Monroe Hall. The event is free and open to the public and will include a reception after the program.