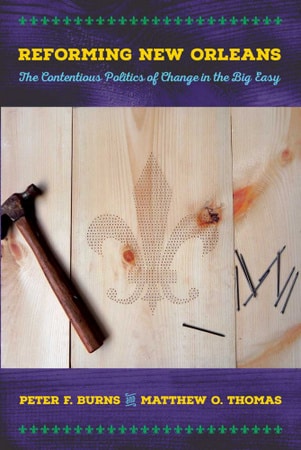 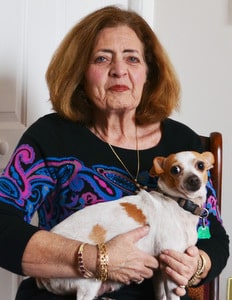 New Orleans still struggles with crime — especially murder — inadequate police protection, constantly rising taxes and rents as well as a lack of affordable housing and sufficient funding for basic services like street repair. What long-term benefits will post-Katrina policy changes really bring for the majority of the city’s residents as income inequity continues to grow?

After 10 years and billons in aid, New Orleans is still predominately a city of renters living in high-crime neighborhoods, unemployed, under employed or working in low-paying service industry jobs and lacking a post-secondary education. Their children often rise early to be bused to charter schools not of their own choosing. Clearly, the rising post-Katrina tide has not lifted all ships.

A new book published by the Cornell University Press, Reforming New Orleans, addresses these and many other historic issues. Written by former Loyola University political science professor Peter Burns who currently teaches at Soka University of America, along with Cal State Chico professor Matthew O. Thomas, Reforming New Orleans explains how many concepts that were in their infancy pre-Katrina manifested themselves in the post-Katrina environment due to extra ordinary influences from powerful outside funding sources including the federal government, foundations, the personal wealth and power of key stakeholders, and even state government.

This book reaffirms what many members of the minority community and their supporters have been saying for 10 years — that New Orleanians with resources were able to rebound more quickly after Katrina while the poor who were the most severely impacted have recovered the least. In fact the percentage of poor citizens in New Orleans is decreasing as younger, better educated, more affluent individuals populate the city.

A protege of former Loyola University political guru Ed Renwick, Burns and his co-author Thomas explored the dynamics of governmental and political reconstruction in New Orleans and how Katrina altered the relationship between the politics of the past and those seeking reform. Katrina created a window of opportunity for key players to push through concepts such as charter schools that were generally unpopular prior to the storm.

Like many American cities, political dynasties with their patronage and backroom deals ruled New Orleans for generations. Led by strong mayors such as Chep Morrison, Vic Schiro and even the Morials, they doled out jobs and contracts, and elected their friends. Mayor Ray Nagin’s bribery conviction signaled change. Those in power will always use patronage and authority as their tools. Elected officials just have become more sophisticated in their approach.

As the authors correctly pointed out, a market-driven reform agenda aided by a new governing coalition replaced pre-storm entrenched players and interests. The often mismanaged and occasionally corrupt structures that governed many institutions including schools, levees, assessors, sheriffs, and housing all changed.

A new civic and political agenda has helped strengthen the City’s economic foundation. The Port has rebounded. Tourism is strong. The medical industry is expanding. Yet many crime and fiscal problems remain as the cost of living continues to increase. What will New Orleans look like 20 years after Katrina and who will her average citizen be? Burns and Thomas should be ready for a sequel by then.

With the number of Republican presidential candidates continuing to decline and his recent win in New Hampshire, Donald Trump should be in rare form tonight for his 7 p.m. speech at Baton Rouge’s River Center. Free tickets are available online. Doors open at 5 p.m.

2 thoughts on “Danae Columbus: City has yet to see benefits of recent years’ reforms”