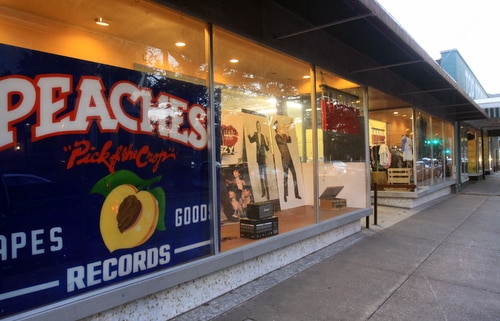 Forty-one years ago, the first Peaches Records opened in a shop in a corner of the Carrollton Riverbend. This month — after a journey that has taken the persistent brand across the New Orleans and around the world — Peaches has returned Uptown, departing the French Quarter for a massive new space in the center of Magazine Street.

Owner Shirani Rea can rattle off the list of previous Peaches locations faster than a listener can keep up with, including multiple locations in Carrollton after that first one (by Cooter Brown’s) that opened in 1975. In Gentilly, the shop became known as a home for the New Orleans hip-hop community (holding album release parties for Cash Money records and still lionized by some of the city’s biggest hip-hop stars), and after Katrina, Peaches moved into the former Tower Records space on North Peters Street.

As the Quarter continues to change, however — international retailer H&M opened to acclaim in the same block of North Peters — Rea said she began looking for a new home for the store last year.

“It’s the big-box type of places, where it’s not really the locals,” Rea said, noting that many of her regular customers found it difficult to make it to the French Quarter. “The locals have kept the store alive since 1975, when all the other places closed down and left.”

What she ultimately found was the Top Drawer Antiques shop on Magazine Street near Napoleon Avenue, in the same block with other only-in-New Orleans locations as Hey! Cafe and Ms Mae’s club. But because that business needed time to sell its inventory and move out, the owner of 4310 Magazine Street next door allowed her to use that space as a temporary “pop up,” Rea said.

The back half of the shop is boxes, as the employees sort through what to put on display for sale and what to keep packed for the upcoming move next door. But the front half of the store is a gloriously diverse array of music in both genre and form — the hip-hop that accounts for some of the store’s fame is still present, but sits comfortably next to 70s glam, classic country music, electronic music and nearly any other genre a record shopper could imagine. The shop also features used CDs, and all sorts of music-related apparel, books and gifts.

Rea said the Top Drawer location will be larger, and may have room for a stage for in-store performances by artists. But primarily, she said, she will listen to her customers and the neighborhood to shape what Peaches becomes, just as she always has done.

“I think the neighborhood people are going to decide what they want,” Rea said.

Online shopping is a growing challenge to all forms of brick-and-mortar retailers, but Rea said New Orleans music has a special kind of resilience. People come from all over the world — especially Europe and Japan — in search of recordings by specific New Orleans artists, and the music community in New Orleans is steadfast in their support for the store as well.

“Those are my real customers,” Rea said. “We’re fortunate because we have that ability in the city.”

The year 2015 was Peaches’ 40th anniversary in New Orleans, but the impending move put any anniversary plans on hold. Once Peaches finishes its move, however, Rea predicted that the store will combine that milestone with a grand opening for Uptown. 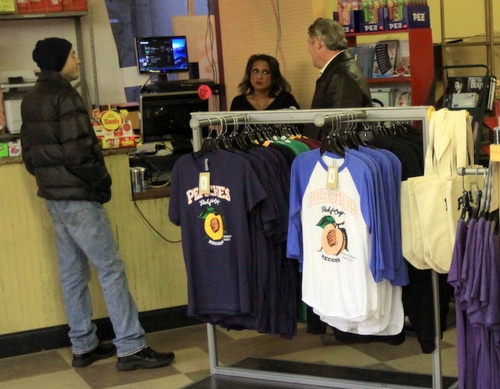 Peaches owner Shirani Rei holds court with her customers at the front of the store. (Robert Morris, UptownMessenger.com) 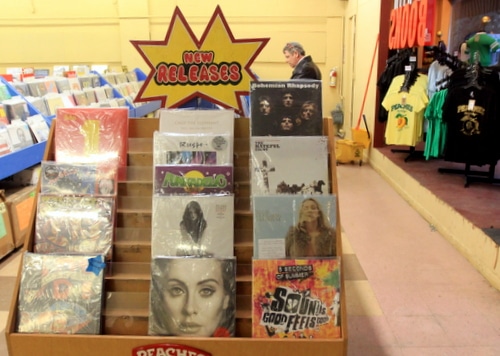 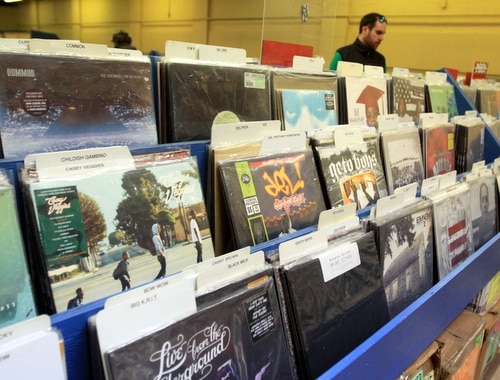 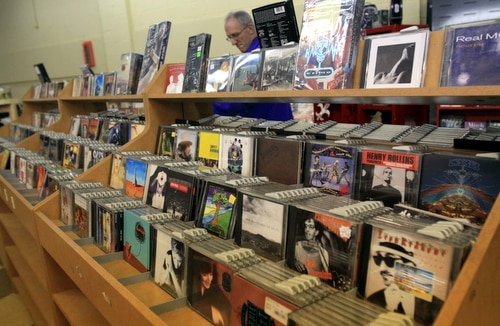 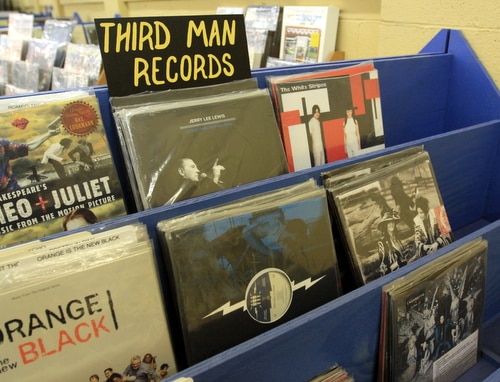 Jack White’s iconoclastic Third Man Records gets its own corner of the store. (Robert Morris, UptownMessenger.com) 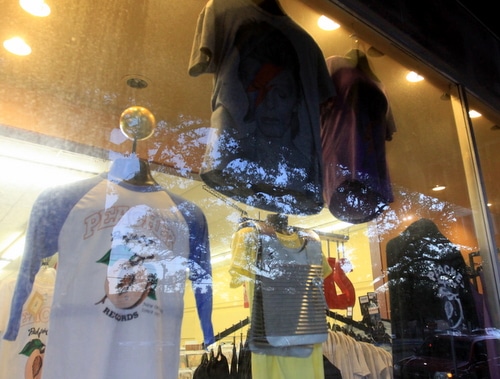 On display in the window are T-shirts featuring David Bowie or the Peaches logo, as well as a washboard. (Robert Morris, UptownMessenger.com)