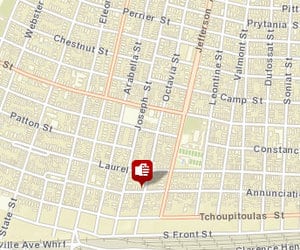 An alleged auto burglar got into a confrontation with an Annunciation Street resident on Saturday night that ended with the burglar being shot, New Orleans police said.

A man later identified as Jordan Lowe was seen breaking into a vehicle in the 5500 block of Annunciation (near Octavia Street) around 10:45 p.m. Saturday, Dec. 5, according to the initial NOPD report. The owner of the vehicle, a 52-year-old man, came outside to stop Lowe, but Lowe “armed himself with a large stick” and hit the resident several times with it, the report states.

The vehicle’s owner then went back into his home, but Lowe followed him, so the resident drew a gun and shot him twice, the report states. Lowe was taken to the hospital and listed in stable condition afterward, the report states.

The report does not specify what charges have been or will be filed in the case.

6 thoughts on “Man shot after trying to break into vehicle on Annunciation Street, police say”