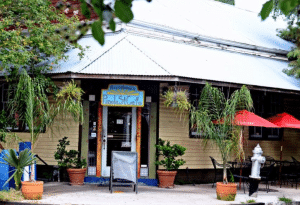 The sale of alcoholic beverages at a neighborhood café on Panola Street and outdoor seating for a fast-food fried chicken restaurant on St. Charles Avenue were both granted initial approval by city planning officials on Tuesday.

Riccobono’s Panola Street Café has been operating at 7801 Panola Street for 17 years, according to owner Joe Riccobono. While he hopes to begin offering alcohol drinks with his menu, nothing else in the restaurant is planned to change, he told the City Planning Commission on Tuesday.

“We intend to use our existing dining counter as a holding bar and there is no planned construction or change of floor plan associated with this request,” Riccobono said.

Vincent Riccobono said that other brunch-type restaurants have opened over the years that were able to sell alcohol, putting the family restaurant at a disadvantage.

“We really request this motion to be passed because we’re pretty much put on a different playing field and not so level with other breakfast houses that do sell liquor,” Riccobono said.

Todd Hebert, neighbor of the restaurant, voiced his support and said that the café has always been a good neighbor and believes that the sale of alcohol could be beneficial to neighbors.

“It would be a good place to have close by neighbors to go and enjoy a nice brunch and not have to leave the neighborhood just because we want a mimosa with our brunch,” Hebert said.

Anna Brands, who owns two houses on Panola Street, said that she believes the request will cause safety and parking issues.

“I am opposed to the alcohol license because I feel it will exacerbate an already existing parking problem on Panola Street,” Brands said.

“I’m concerned for the safety and inconvenience of my seven tenants if they have to park block away from their apartments,” Brands said.

“CCA will not oppose Panola Cafe’s position of a permit to serve alcohol contingent on arriving at the appropriate and agreeable Good Neighborhood Agreement,” Locke said.

Locke said that numerous surveys, discussions and meetings have taken place to reach a final draft of the agreement, which includes the café to prohibit live music, the use of go-cups, operation under its normal hours for the first five years, and no signs of alcohol sales.

Riccobono said that there is still “wordsmtihing and negotiation” of the agreement, but both the café and the neighborhood organization are close to a final draft.

“We have spent months at this point back and forth,” he said.

“The majority of it is certainly in line with what we are agreeable to,” Riccobono said.

Riccobono said that the café and the neighborhood organization plan to have a final agreement signed before the request goes before City Council.

City Planning Commissioners voted in favor of the café’s request. 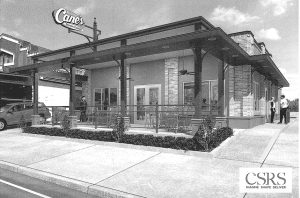 Commissioners also approved another request by Raising Cane’s at 1408 St. Charles Avenue for the expansion of a conditional use to permit a patio for outdoor seating.

The request called for the covered seating area to be 429 square feet facing St. Charles Avenue, according to staff.

“The addition of the outdoor seating on the St. Charles avenue frontage will enhance the existing restaurant’s street presence complimenting the surrounding street fronting structures contributing to the walkable nature of the area,” staff said.

2 thoughts on “Alcohol sales at Riccobono’s on Panola Street Café, outdoor seating at Raising Canes on St. Charles get initial OK from city”