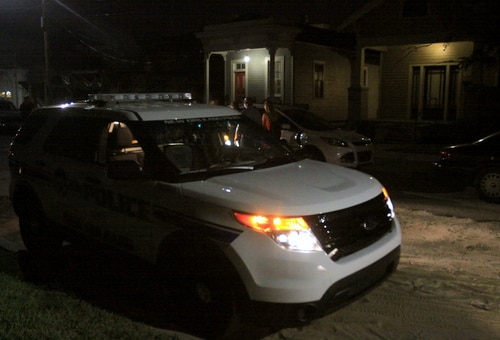 Two people were robbed within moments of one another Tuesday night in nearby blocks of Milan Street, in what appears to be the third night in a week’s time in which the suspect was armed with a shotgun, witnesses and New Orleans police said.

In the first case, a man in his late 20s was walking on Milan between Coliseum and Perrier around 9:45 p.m. when he was confronted by a man with a gun who demanded his money, according to the initial NOPD report.

In the second case, reported four minutes later, a woman in her 50s was on Milan near Camp Street when an armed man confronted her and grabbed her purse, the report in that case states. They struggled until he threw her to the ground, then left, the report states.

After the first robbery, patrons outside the Milan Lounge when a man wearing chef’s pants came walking up, seemingly in a daze, and told them he had just been robbed on his way home from work by an assailant with a shotgun, said one of the men who was outside the bar when the victim arrived. The bar patrons helped the man call the police, and officers arrived within “seconds,” they said.

“These guys have been all over our neighborhood,” the man outside the bar said of the police.

The victim was visibly distraught after the robbery, said another woman who was inside the bar when he arrived.

“When he came in, he was really shaken up, really a sweet guy,” she said.

The bars and businesses in the area are a tight-knit group, she said, and had already been calling one another to make sure everyone knew about the two previous robberies nearby by a shotgun-wielding man — last week in the park at Laurence Square, and Friday night at Perrier and General Pershing, barely a block from Tuesday’s cases.

Such an aggressive spree of robberies is highly unusual for the area, the patrons said, and they worry that the shortage of officers in the NOPD has become so well-known that criminals are comfortable taking advantage of the situation with more brazen crimes.

“I feel bad for the NOPD. They don’t get paid nearly enough,” the woman said as officers swarmed the area around the bar. “But they were here in two seconds. This is now officially the safest block in New Orleans.” 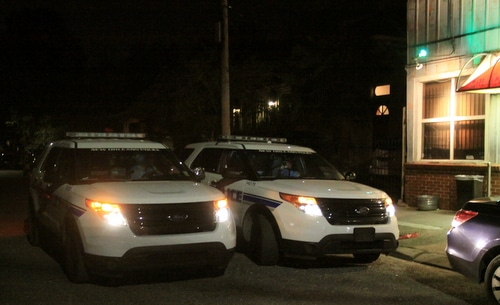