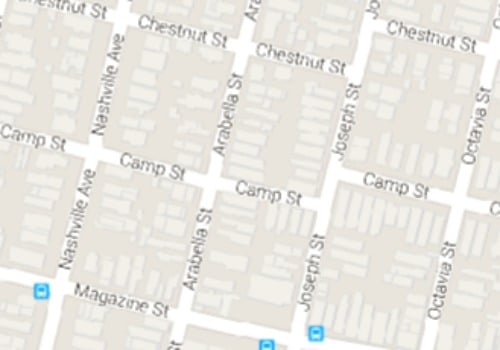 Navigating traffic may become a little easier for Uptown residents on Monday when parts of Arabella Street temporarily become one-way, as part of a six-month trial enacted by the City of New Orleans.

City officials announced Wednesday that, starting about 9 a.m. Monday, a segment of Arabella Street will be converted from two-way lanes to a one-way operation in the river-bound direction, from Chestnut Street toward Magazine Street.

The construction is set to take place in the 800 and 900 blocks of the street.

The trial “will be enacted to alleviate residents’ concerns about the width of the street and its ability to safely handle two-way traffic,” the Office of Mayor Mitch Landrieu said in a press release.

The city mailed a survey to nearby residents asking for feedback on the proposed traffic change, and more than 80 percent of the respondents were in favor of the change to one-way traffic, according to the mayor’s office.

The city will post signs designating the segment of road as one way, and the City of New Orleans Department of Public Works will monitor the effects of the change before a final, permanent determination is made, officials said.