Another city panel approved the move of the NOPD Second District station from its antiquated building on to a new location next to a major swimming facility in Gert Town, giving the public the first look at designs for the new complex.

The NOPD Second District station on Magazine at Napoleon was first dedicated in 1899 as a firehouse, but is no longer suited for the police station for a number of reasons, officials have said. In recent years, the disrepair at the building has grown so severe that community groups and the city alike have performed renovations and emergency repairs.

After district boundaries were redrawn in 2013, the station is only still in the Second District thanks to a little cut-out around it out of what is now Sixth District territory. With no meeting space inside, district commanders hold their community meetings at local hospitals. There is little room to park around busy Magazine Street, and no room for additional parking.

In 2013, Mayor Mitch Landrieu announced that the new station would be in Gert Town, and earlier this year, the city approved its location at the former Mary Church Terrell Elementary School site at 3411 Broadway, between Olive and Edinburgh, just off Earhart Boulevard. Last Tuesday, the City Planning Commission approved the use of the school site for the police station and new Gert Town natatorium.

As part of the approval, the commission reviewed plans that show two large buildings on the site, a 19,000-foot natatorium and a 15,000 building for the police station. Two parking lots would hold a total of 75 spaces, though the city planning staff points out that bicycle parking should be added. A shade plaza is also planned for the site, though still in the design phase. The police station would be 34 feet tall, though staff members noted that recent revisions to the plan actually reduce the height of the natatorium building and improve the pedestrian access to the building on Broadway.

“The impacts of the proposed development, including noise, traffic, and demand for parking, should remain similar to those which were experienced in the past when the site was used as an elementary school,” the staff report reads. “The staff is supportive of the request because the development will invigorate an area where there are several vacant buildings and lots. It will also provide for more recreational opportunities within the Gert Town community.”

No one has opposed the move in the past, and no one spoke against it at the City Planning Commission meeting, where it passed unanimously.

Second District Commander Paul Noel has praised the new location in the past, saying it will allow the district to spread out its operations. It will have little effect on response times, Noel said. Patrol officers spend most of their shifts in their vehicles without returning to the station, anyway, even parking on neighborhood streets to write reports in their cars — unlike fire trucks that must remain in the station when not on calls.

City officials have not described what will become of the Magazine Street building after the police move out. 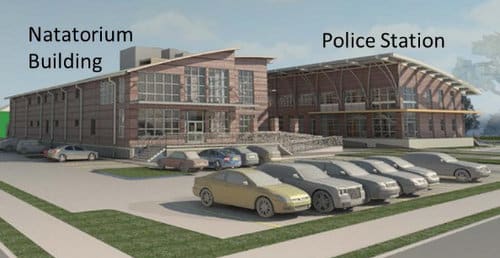 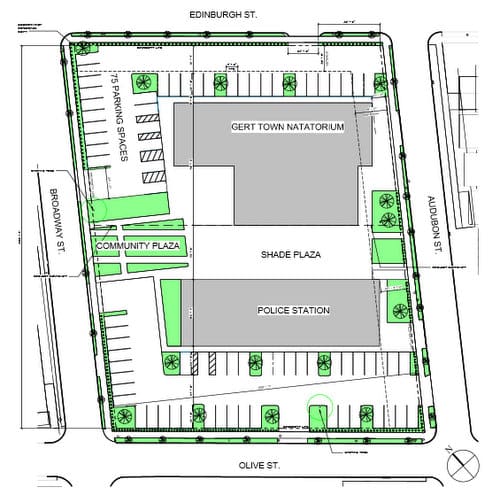 A plan for the site. (via nola.gov)