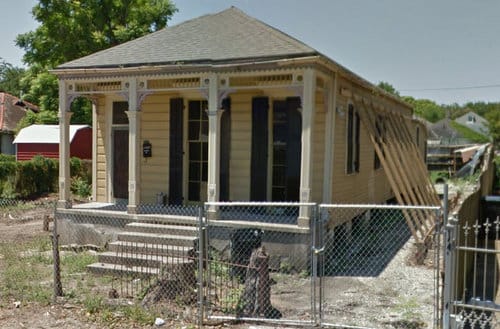 The house at 918 Soniat was approved for demolition Monday. (April 2015 photo via Google) 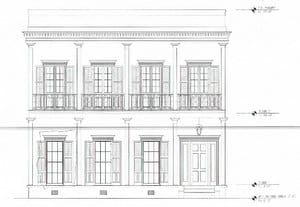 Renderings by MetroStudio architects for a new home at 918 Soniat. (via City of New Orleans)

A former rental home on Soniat Street that may have origins dating back nearly to the Civil War is likely to be torn down and replaced with new construction, but a request for a similar project on Annunciation Street split the city panel overseeing demolitions Monday.

Contractor David Carimi told the Neighborhood Conservation District Advisory Committee that he bought the house at 918 Soniat in October after the death of the previous owner, who lived out of the country and rented the home out. When Carimi began removing sheet rock and plaster as part of the renovation, however, he discovered splitting in the load-bearing walls, and a structural engineer soon confirmed for him that the structure is in danger of collapse, possibly onto the house next door.

He still plans to live there, he said, but he will have to tear down the house and build a new one in its place.

“The home had not been maintained in a tremendous amount of years,” Carimi said, noting that it even had squatters inside while it was vacant. “It is in horrible condition, unfortunately.”

Hilary Irvin, a nearby Coliseum Street resident and former architectural historian with the Vieux Carré Commission, said she had thought the house was under renovation until learning of the demolition plan last week. Her initial research into the property traces it back to 1867, when a seamstress bought it, but her family lost it years later when Jim Crow laws were instituted.

Irvin said she understands that its condition may be poor, but some parts of the structure may be older than others, and she asked the NCDAC to defer a decision on the demolition so neighbors could meet with the owner.

“I think the property has significant history,” Irvin said. “We’re hoping for a deferral so we can find out what’s going on with this and try to salvage this unusual history.”

The way the structures have been combined is part of the problem, Carimi said, with “crazy rooflines” that collect water. Meanwhile, he’s not sure the actual structures are as old as the records might indicate, because of the presence of some newer building materials he has found, he said.

“This structure is in horrible shape, and I know horrible shape,” Carimi said. “The house about to fall down, and we’re in the midst of hurricane season. I think it’s a rather urgent thing to address this problem sooner rather than later.”

The NCDAC members voted 7-2 to allow the demolition, though all their recommendations are forwarded to the City Council for final approval. 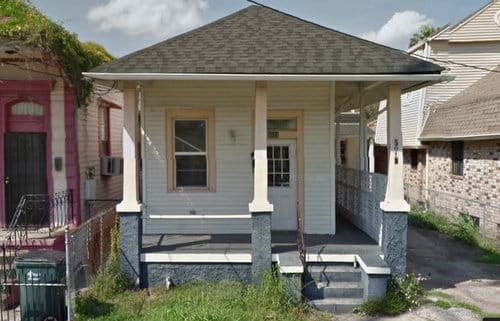 In a similar request, developer Lee Chawla of Chawla Holdings said he bought the house at 5019-21 Annunciation from an estate in October 2014. Though it has two addresses, he said the 5019 side has only two rooms, no kitchen, and is separated from the 5021 side by a door that’s simply dead-bolted, suggesting it was originally a single-family home.

“They’ve been using it as a double rental, but I don’t think it’s designed that way,” Chawla said.

While perhaps not in danger of collapse, the house has a number of problems, he said. It is “jammed up” against the property lines on the right side and back, so that its roof pours rainwater onto the neighbors, and the structure the house would not likely survive the alterations to reorient it.

“It looks like a newer roof, but that merely covers a lot of problems that reside under the roof,” Chawla said. He later added, “In some of the rooms you can see actually through the floor of the house itself.”

The neighbors have not opposed the plan, Chawla said, noting that even a family member of the former owners who now rents across the street has no problems with it being torn down. Eleanor Burke, deputy director of the city’s Historic District Landmarks Commission, told Chawla that she couldn’t support the demolition, however, and that it should be renovated instead.

“There are many, many buildings that are not built in conformance with today’s property setbacks. It’s not unusual, and I don’t think it’s a justification for demolishing this structure,” Burke said. “This looks like a side gallery shotgun of some historic significance and I think it would be a loss to the neighborhood for it to be demolished.”

The NCDAC members voted 6-4 in favor of allowing Chawla to tear the house down, falling one vote shy of the seven needed to give the demolition a positive recommendation. Instead, the City Council will review it without a recommendation. 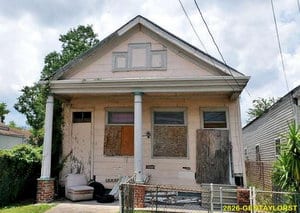 The house at 2826 General Taylor (via City of New Orleans)

In one unrelated item in the Milan neighborhood, the house at 2824-26 General Taylor, owned by the Fellowship Missionary Baptist Church across the street, was approved for demolition by a 7-2 vote. The building was blighted when the church bought it in 2010, and they plan to rebuild a new auxiliary building for the church in its place after they have raised the money,

6 thoughts on “Home on Soniat to be torn down, similar request on Annunciation splits city demolition panel”