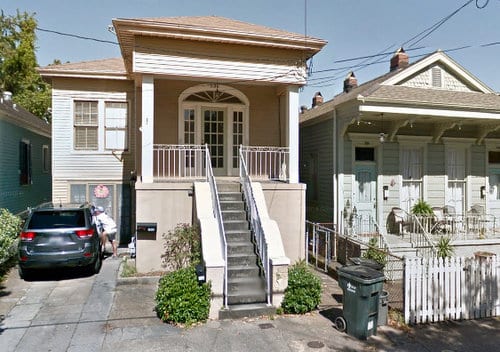 An architect’s plan to tear down an Octavia Street house he uses as a rental property and replace it with a home for himself that he described as more in keeping with the neighborhood drew mixed reviews Monday from the city’s demolition panel, who sent it with a split vote to the New Orleans City Council for a final decision. 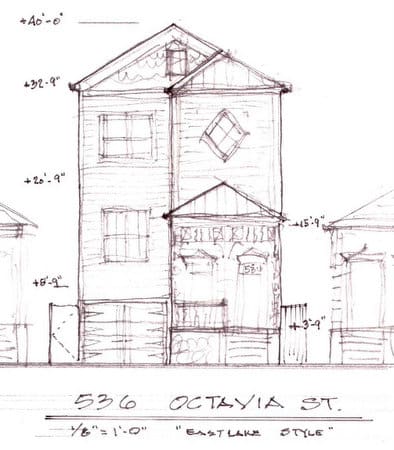 The plan for a new house at 536 Octavia Street. (via City of New Orleans)

Robert Stumm told the Neighborhood Conservation District Advisory Committee that he has owned the house as a rental property for about 10 years, but now he and his wife want to move there. The house is structurally sound, but the architecture differs dramatically from the Eastlake-style cottages around it, he said — particularly the 10-foot raised porch that the couple wants to lower to a more standard entryway 40 inches off the ground.

“Structure not being of any significant architectural value, it’s kind of a sore thumb on the block,” Stumm said. “We want to tear it down and build a new home.”

The neighbors have complained about the cars coming and going and parking all around the house from the young men who live there and the people who visit them, the couple said. The neighbors will be pleased that the Stumms will be moving in themselves, removing those additional cars, and the new house will blend in better with the neighborhood, they said.

“It is an anomaly on the block,” Anne Stumm said. “They’re all adorable shotguns. This one’s just like this stucco thing, that I don’t know where it came from.”

Eleanor Burke, the representative of the Historic District Landmarks Commission on the NCDAC, countered that the house’s bungalow does have a place in the neighborhood. She also criticized the plan for a new house as too much taller than its neighbors.

“While it may not be the same style as the other buildings, it’s complimentary to the streetscape,” Burke said of the existing house. “My feeling is that this building is attractive, and also contributes to the neighborhood.”

Board member Helen Jones encouraged Stumm to pursue a renovation, focusing on alterations to the front and back without removing so much existing floor space that the project would count as a demolition.

Robert Stumm said that the house also needs a new foundation, which would require a more expensive process to construct while the house was still standing. Furthermore, he said, his plans are in keeping with the zoning of the neighborhood.

“The fact that there’s really nothing architectural about the house, it’s easier and more efficient just to tear it down, put a whole new structure and build the footprint back,” Stumm said. “… As the building owner, we have the right to build within the zoning.”

The committee voted 6-4 on a motion to recommend allowing the demolition, falling one vote short of the seven needed for a recommendation in favor. Instead, Stumm’s request will be forwarded without a recommendation from NCDAC to the full City Council for a final decision.

In an unrelated action, the NCDAC did vote 10-0 in favor of allowing the demolition of a home at 300 Cherokee Street in the Riverbend. The owner, Ann Davis, said she plans to replace it with a camelback home very similar to those near it.

“It really is a huge eyesore,” Davis said.

The committee had no questions for Davis. The recommendation in favor of her demolition will also be forwarded to the City Council for final approval. 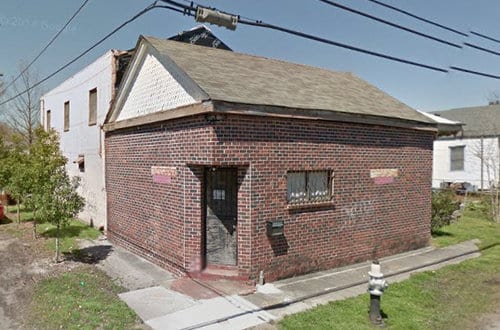 The house at 300 Cherokee Street was recommended for demolition. (March 2014 photo by Google Maps)