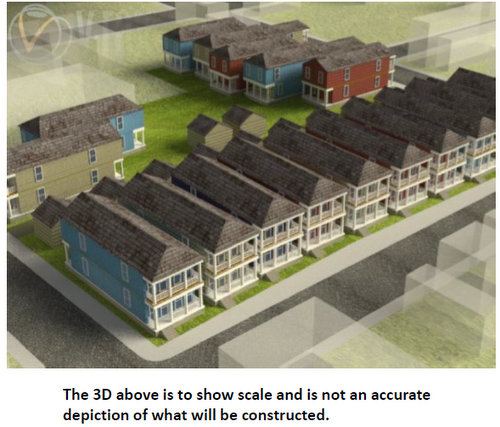 A rendering from April depicting the approximate size and layout of the homes proposed for the former Turnbull Bakery site in the Irish Channel, though each house will be individually designed. (image courtesy of Pentek Homes)

The proposed redevelopment of the former Turnbull Bakeries site into a 17-home development stepped closer to approval Tuesday, when City Planning Commission voted unanimously to send the project to the New Orleans City Council with a favorable recommendation.

The Historic District Landmarks Commission gave Webre permission to tear down the warehouse in March, but the project also required a rezoning from industrial to residential, and a subdivision of the property so the lots could be sold individually. The City Planning Commission staff said both actions would be appropriate, given the “predominantly residential character of the Irish Channel.”

“This zoning would allow the sort of single and two-family use that is typical of the neighborhood, so the staff recommends approval,” said Stephen Kroll, a planner with the city of New Orleans, at Tuesday’s meeting.

Both Webre and Frank LeCourt — a former Turnbull employee who now consults for the company — appeared at the meeting to answer questions, but commissioners did not have any. Both measures passed by 5-0 votes. 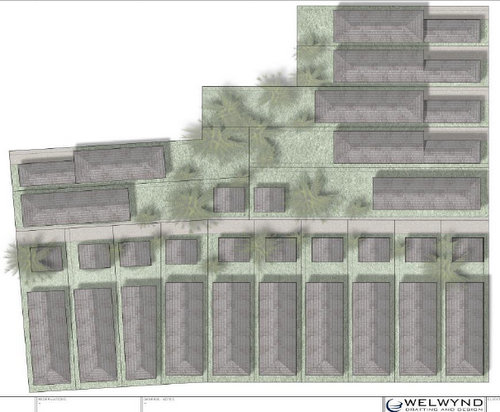 Only a few blocks down from the Turnbull site, another project won easy approval from the City Planning Commission on Tuesday, a conditional use to allow a bed-and-breakfast at a home at 2123-25 Laurel Street. The owner, Dr. Mia Weber, is a pediatrician who said she lived in the area 35 years, and that her husband, Emmanuel Weber, went to school at nearby Laurel Elementary. 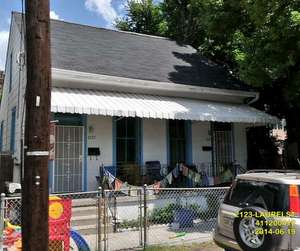 The house is currently a two-family home that the Webers are converting into a single-family house with a single guest room for the bed-and-breakfast, which will be called “Old La La’s Creole Cottage,” according to the staff report. The city will require that the Webers maintain their own home at the location for as long as it remains a bed-and-breakfast, the staff report notes.

The Webers included a number of letters of support for the project in their application, and no one spoke in opposition to it at the meeting. The City Planning Commission voted 5-0 in favor of it, sending it to the City Council for a final decision as well.