A side view of the house proposed for 518 Eleonore. (rendering by William Sonner Designs, image via nola.gov) 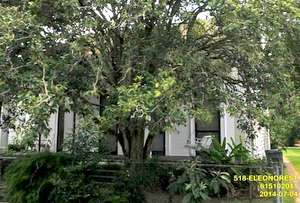 The city panel overseeing demolitions in much of Uptown New Orleans split this week over a request to tear down what may be one of the oldest houses in the Audubon neighborhood and replace it with new construction, after the owner and preservationists debated whether or not it has deteriorated beyond repair.

Dr. Craig Ledet hopes to tear down the house he owns at 518 Eleonore and replace it with a new home, he told the Neighborhood Conservation District Advisory Committee at their meeting Monday, May 18. Structural engineer John Bose said that his inspection of the building found heavy termite damage and other problems that make it simply too far deteriorated to be saved.

“There’s just not much to work with there,” Bose told the committee. “I love renovation, but there’s just not enough. You’d replace the whole foundation, and spend a bunch of money, and it still wouldn’t be that well built.”

William Sonner, Ledet’s architect, says the problem is that the elements that would normally be preserved in a renovation are those most deteriorated at 518 Eleonore. The materials that can be salvaged will become incorporated into the house’s design, he said.

“I’m all about historic renovation. That’s what I usually do,” Sonner said. “This particular house, all the components we usually look for to save, are not there.”

Ledet’s proposal is accompanied by a letter of opposition from the Audubon Riverside Neighborhood Association, and association member Marilyn Feldmeier (who is on the faculty at the Tulane School of Architecture) told the committee her research suggests that the house is 146 years old. She called it an essential component of the neighborhood’s history that deserves protection.

“It’s one of the oldest, if not the oldest, standing building in our neighborhood,” Feldmeier said. “It embodies the history of the neighborhood and the city. … I do believe it can be restored. It’s a big job.”

Members of the Louisiana Landmarks Society also turned out in force against the demolition. Sandra Stokes told the committee is that historic houses like 518 Eleonore are what their panel was created to protect.

“We think this is a needless demolition for the convenience of having a new footprint,” Stokes said.

Steven Chauvin told the committee that the house proposed by Ledet would likely be “wonderful,” but should not replace a historic home. If Ledet is not interested in restoring it, Chauvin argued, he should sell it to someone who wants to.

“There are challenges, but is it really possible to overcome them. … We’ve seen that done a number of times,” said Walter Gallas of the Louisiana Landmarks Society. “This would be the loss of a very rare element in that neighborhood.”

A motion to deny the demolition request resulted in a 5-4 vote, which counts as a split vote under the city’s rules. Thus, the request will go to the full City Council without a recommendation from the committee. 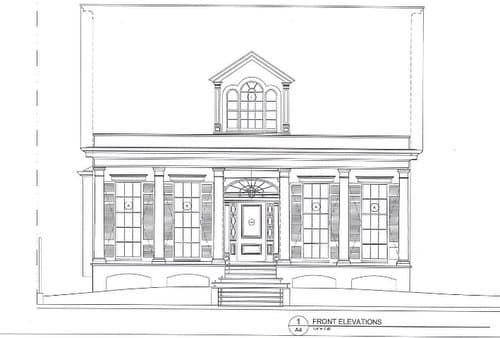 The front elevation of the house proposed for 518 Eleonore. (rendering by William Sonner Designs, image via nola.gov)